Is VR the future of meetings?

Andrew Hawken was in his 50s when he launched Mesmerise, which could change the face of meetings and conferences forever

Picture the scene: you walk through the main conference hall and the hubbub of noisy delegates fills the room.

A full programme of events are about to start but you’ve arranged to meet a colleague from your US office in one of the breakout rooms.

You spot her standing at the back of the room and she greets you warmly like a long-lost friend just before the panel discussion starts.

But something feels different. Although the event is real, you’re not physically in the same room.

You and your colleague are actually avatars connected from different countries by the power of VR headsets.

According to Andrew Hawken, founder and CEO of Mesmerise, this could be the face of business, conferences and boardroom meetings in a post-COVID world.

Hawken is a veteran of the BBC, Sky and Microsoft and believes Mesmerise, headquartered in London with a development centre in Manchester, could change the world.

These gatherings could be a conference, a three-day event or just an hour-long company meeting in VR.

Instead of sitting on a Zoom or Teams call attendees are provided with headsets so that they can embody avatars and interact with others.

Mesmerise was already attracting interest before COVID struck but the pandemic has accelerated the need for organisations to engage and connect with employees and stakeholders working from home in new ways.

What makes the company unusual is its founder and CEO is as far removed as it’s possible to get from the stereotype of a brash 20-something tech start-up entrepreneur. 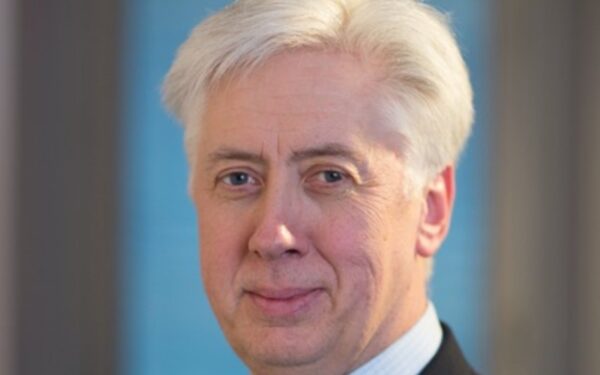 Andrew Hawken is 58 with a mass of white hair. He started his career at the Reading Evening Post before joining the BBC as a trainee, where he worked on the Today programme.

“I had this real sense that the internet was going to be something,” he recalls to BusinessCloud. “I had no idea what, but I really wanted to be at the birth of something.

“I did this extraordinary thing of leaving a really settled career at the BBC to join Microsoft and it was one hell of a culture shift. I really saw the consumer internet taking off.

“I really had a passion for what new technology could do and the ability to transform every aspect of our lives. It became a real bug for me, especially the crossover between the technology and media.”

“MSN.com probably had one of the largest audiences on the planet,” says Hawken. “We had hundreds of millions of consumers and we would regularly have billions of page views a month.”

Based in the US in Seattle, he led a product development group and this fuelled his passion for tech even further.

After 10 years at Microsoft he was off again, this time to Sky as editorial director and digital director of Sky News.

“One of the big things I did there was work with all the big platforms,” he explains. “That was when I believed I saw what was going to be the next revolution and it was around virtual reality and augmented reality.

“It had the same feel for me as when I left the BBC for Microsoft. I wanted to be at the forefront of this. This time I wanted to do it on my own rather than in a big company.”

“It became pretty clear to us early on that this was a long game,” says Hawken. “The consumer adoption was going to take a while but we could see the business adoption going a lot faster. The smart thing for us was to focus on business and come up with business solutions.”

The big thing holding VR ad AR back in 2016 was the price tag with the cost of a headset and the associated equipment being as high as £4,000.

“In the course of that time we’re now looking at devices like Oculus Quest 2 with a price tag of £299,” says Hawken. “It’s a standalone wireless device and that’s changed a lot of what is possible.”

He said the combination of the three Ps – “price, portability and power” – has created a perfect storm for virtual reality tech and COVID-19 has accelerated the adoption.

“In 2020 we were building VR and AR experiences to be deployed at their global physical events around the world,” he says.

“They created the first VR conference. This was our first foray into what has now become ‘Gatherings’. Gatherings allow you to attend large scale events with multiple speakers and panellists but also for boardroom meetings and internal meetings.” 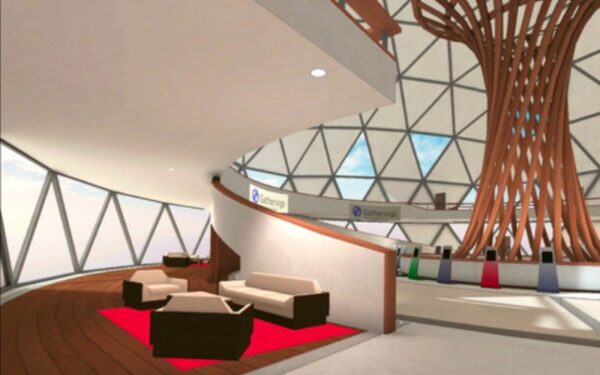 Leslie Marshall, head of experiential marketing at Morningstar, takes up the story. “We have hosted virtual reality experiences at our conferences for several years now and the onset of the pandemic presented an opportune time to take this one step further,” she says. “We worked with Mesmerise to deliver our flagship investment conference through VR and it was a milestone in innovation.

“Participants were able to watch live talks, visit sponsor booths, and even tour Chicago, our traditional host city. We also created the ‘Morningstar Sustainable City’ VR game, where attendees could experience the impact of their own investment choices on the world around them based on ESG (environmental, social governance) factors.

“We noticed attendees were significantly engaged and appreciated the added flexibility VR gave them when it came to choosing which talks and presentations to attend. What’s really exciting is how much more VR still has to offer.”

Hawken stresses that they’ve not trying to compete with physical conferences, but enhance them.

“We’re definitely in a world where there will be physical events and not everyone will want to travel or will be able to travel so they can attend digitally or attend in VR.

“The power of VR is around two key things. Mesmerise is built around the idea of (capturing) the user’s complete attention and not multi-tasking. It’s like you’re making the decision to attend the event.

“The second thing is ‘co-presence’. We’re working on the sense that you are in the presence of other people you know or want to know.”

He says their technology was trying to achieve four things: explore; watch; connect; and celebrate.

The company’s chairman and investor is serial entrepreneur Daglar Çizmeci and his support has meant the company hasn’t had to take any external investment.

“For us 2021 is about creating Gatherings as a really ground-breaking product,” says Hawken. “We’re also hiring in an aggressive way.”

The company is looking to recruit around 30 new staff and recently added two big names to its advisory board in former Microsoft Vice President Derrick Connell and Anna Rowley PhD, a renowned corporate therapist and business coach.

Mesmerise’s advisory board is led by Sean West, a seasoned executive with extensive experience in building and growing start-ups, who joined the board in July 2019.

Also already on the board is Juan Pujadas, a retired Vice Chairman of PwC, member of the Board of Directors at Wells Fargo and Chairman Emeritus of the Association of Management Consulting Firms.