Tech entrepreneur Piers Linney has joined a campaign to improve diversity in the tech sector as “inequality is rife in the UK”.

New research has revealed that misconceptions and a lack of awareness are preventing many young people underrepresented groups from pursuing technology careers, which have been shown to be some of the most COVID-proof.

Linney, who featured on the BBC show from 2013 to 2015 and also appeared on The Secret Millionaire before that, was the co-CEO and owner of Genesis Communications and the co-CEO of cloud-based IT business Outsourcery.

The black Briton, who currently serves on the diversity advisory council at media giant Sky and as a non-executive director at the British Business Bank, regularly features on lists of UK BAME role models.

He has called for more young people to explore the different career paths offered by the industry and encouraged businesses to widen their talent pool to improve their diversity and inclusion.

“It’s really clear from this research that not enough is being done to advertise the fantastic job opportunities available in the tech industry or to improve its reputation,” he said.

“This is a real shame, particularly in the current circumstances, as it means that certain demographics will continue to benefit from these opportunities more than others, contributing to the inequality that’s so rife in the UK.

“Tech’s diversity problem is well-documented, so it’s understandable why lots of young people are worried that they won’t feel comfortable in the sector due to their gender, ethnicity or sexuality.

“However, there are many businesses that are genuinely committed to improving their diversity and inclusion, and they can only achieve this with greater numbers of enthusiastic applicants from underrepresented groups.

“I would strongly urge young people to do their own research into the industry, even if they believe it’s not for them, as there is a good chance there’s a role they’re not aware of that could actually be a great fit, and kickstart a really fruitful career.” 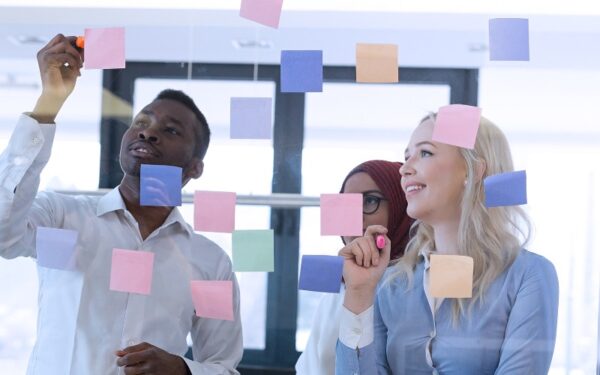 Despite rising levels of youth unemployment, the report by global emerging talent and reskill training provider, mthree, found that more than three-quarters (78%) of financial services, insurance, pharmaceuticals and life sciences businesses continued hiring for entry level and graduate tech roles throughout the pandemic in 2020.

Even more promisingly, 92% confirmed that they are currently planning to recruit entry level and graduate tech talent in 2021 – 46% at the level they usually would, and 46% at a slightly reduced rate.

This is in stark contrast to the wider jobs market; just 60% of private sector organisations recruited 16-24-year-olds in 2020, and only 43% are planning to do so in 2021, according to the CIPD.

However the report also found that there is a distinct lack of awareness of these job opportunities amongst many young people.

Only a third (32%) of 18–24-year-olds who are not currently working in tech believe that the industry offers a wide range of career choices, and just a quarter (26%) think that it currently provides excellent career opportunities.

There are also apparent concerns about the industry’s lack of diversity: 16% of female respondents said that they believe that the industry is too male dominated, and 12% think that they wouldn’t feel welcome in the industry.

One in 10 (10%) of those from a mixed ethnic background, along with 1 in 10 (10%) of Black respondents, are worried that the industry is not ethnically diverse enough, and 21% of those who identify as homosexual think that they would not feel welcome, compared with 9% of heterosexuals.

While there has been a big diversity push in recent years, mthree’s research found that two-fifths (40%) of businesses currently struggle to recruit entry level tech employees from underrepresented groups.

Consequently, diversity in the sector is still far too low: the latest figures show that only 15% of tech workers are from diverse ethnic backgrounds, and just 19% of the tech workforce is female, compared with 49% of the total UK workforce.

According to the research, 71% of tech workers aged 18-24 have felt uncomfortable in a job because of their gender, ethnicity, socio-economic background or neurodevelopmental condition.