How to avoid tech giants – and back UK startups

Gravyy, OnBuy and Gett are more deserving of your hard-earned cash than the likes of Deliveroo, Amazon and Uber

In a world dominated by big firms such as Apple, Facebook, Uber, Google and eBay – or even Deliveroo – it sometimes seems impossible to break free of their clutches. But it doesn’t have to be this way.

Take Deliveroo and fellow ‘big three’ restaurant aggregators Uber Eats and Just Eat. This cosy market allows them to charge up to 35% commission, which sucks out over £1 billion each year from local restaurants and takeaways: a takeaway earning £3,000 a week via these platforms will pay £54,600 per year in commission.

A Glasgow entrepreneur has pioneered a much better model, Gravyy, which will be owned by the community. Chris McColl managed his Glasgow eatery, NY Slice, but found it couldn’t survive the onset of food delivery apps.

Now that could all change. Other than a fixed weekly subscription fee, which is waived if a business generates less than £100 in revenue, inclusion on the platform will be free to eateries.

During COVID, consumers have become very supportive of their local businesses – just look at the huge success of the UK’s 4,000 farm shops. Expanding slowly around the UK, Gravyy deserves our support. So invite your local chippy, café and takeaway to sign up.

There’s no doubt the US mega-firm Amazon has done a wonderful job in perfecting home delivery of consumer goods at bargain prices. But it is not the only game in town.

The Dorset-based company – which topped BusinessCloud’s 100 eCommerce Trailblazers ranking – has quickly emerged to become Britain’s fastest growing eCommerce firm. It is now aiming to take on Amazon, not just in the UK but in 42 countries including the US and Canada.

Since launch, OnBuy has amassed 8m customers and more than 35m products. Founder Cas Paton says Amazon actually has only a 29% market share in the UK – with a sizeable remainder taken by other companies. 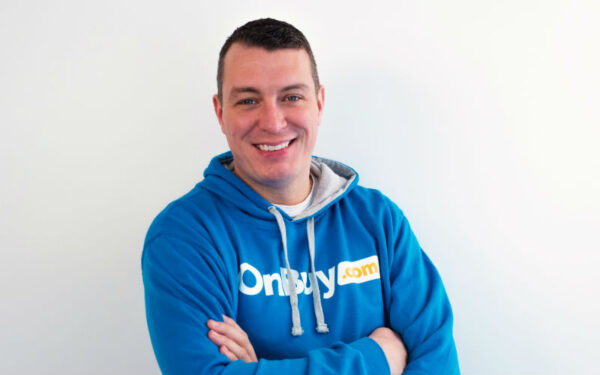 He said: “We’re aiming for 1% of the $3.46 trillion global eCommerce market, equating to $35 billion, in the next five years.” It is recruiting at a rate of some 500 retailers a month, and aims to become the world’s first truly global marketplace, operating in over 140 countries by 2023.

If you’re looking for a safe taxi service home late at night, Uber is not the only option. Recently, the average cost of an Uber journey leapt from £9 to £12, with some short journeys quoted at £50 at peak hours. Drivers have been leaving Uber in droves, annoyed at having to work 60 hours a week even though the US multinational rakes in $1.2bn a year from Britain.

Drivers aren’t paid based on what customers pay. But yes, there is a really good alternative. It only uses black cabs, and it works in most cities in the UK including Manchester, Coventry, Glasgow and Edinburgh. Gett is rated by users as the ‘smoothest’ among taxi apps: trips may be more expensive than an Uber, but at least you know the driver is getting a fair fee for the trip.

Why VCs need a levelling-up strategy

As summer dies away, we are still enjoying a sunny September (for now). Luckily, there are alternatives to US-derived ice cream brands such as Ben & Jerry’s. So, jump in your car or on a train and head to the west Scottish town of Ayr. There, one shop dominates the popularity stakes in the town like no other: Renaldo’s.

Since the 1920s this landmark shop has been passed through generations of Italians for decades and now is owned by husband-and-wife team, Linda and Silvio Galli. For 25 years, they have worked hard, transforming the original shop into a local favourite.

Using the same trusted recipe their Old Fashioned Vanilla is hard to beat. A simple recipe made from full cream milk with not an additive in sight – but one that contains less than 3% fat, or just 130 calories per scoop. One litre of Renaldo’s ice cream contains more protein than a litre of milk.

But even better than their ice cream are their chocolates. These are firmly in the ‘to die for’ category. Indeed, no one should go to their grave without having seen the Grand Canyon – or being gifted a box of Renaldo’s chocolates.

Whenever I’ve won a new client I send them a box of Renaldo’s – and so far I’ve never lost any one of them. Definitively the world’s best – and far superior to any made by big multinationals, be they American, or Belgian or Swiss – order yours now from this British institution. Christmas is coming – so order early.