Why VCs need a levelling-up strategy 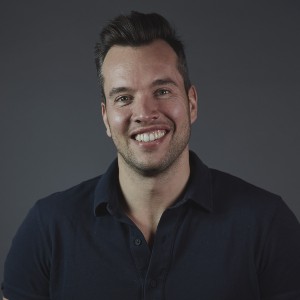 UK commerce is falling short on fulfilling its potential because investors are ignoring a swathe of firms simply due to their geographical location.

For Britain to become a true leader on the scale-up world stage, and to fulfil its levelling-up commitment, the government needs to act to ensure that investment is diverted to firms outside of London. It also rests on the shoulders of investors to turbocharge investment across the UK.

Over the last few weeks, the government has encouraged a range of investors to back ‘riskier’ strategies across the UK. Whilst the whole scheme has come under scrutiny, investors must go beyond the ‘levelling up’ rhetoric to understand the real state of the market.

The landscape beyond London

Consistently, we see second cities gain recognition for the welcoming commercial environments they’ve created. As one of the most reported on destinations, Manchester regularly receives praise for its transport links, substantial knowledge hubs and bustling innovation sectors. A stream of individual successes and good news stories have helped the city gain notoriety among founders as a great place to start a business. Last year, more businesses were registered in Manchester than anywhere in the UK.

In certain key sectors, northern cities also continue to shine. Manchester is home to 21% of tech and digital roles outside of London, with up-and-coming Leeds accounting for 11%. Right now, there are almost 10,000 roles related to fintech in Manchester alone.

As for Merseyside, Arts Liverpool recently reported its creative workforce amounts to over 24,000 people – almost double the incorrect figure produced by the Office for National Statistics. Other northern towns and cities also frequently produce world class businesses in silos of activity.

Despite the countless positive indicators, the equity finance world tells another story.

A report by UK Parliament saw 75% of all invested funds go to London & South-East companies. Businesses outside of London are also 50% less likely to secure equity funding. So, it’s no surprise that three in four unicorns are based in the nation’s capital.

Whilst the advantage of density in commercial clusters is no secret to the start-up ecosystem, the venture capital industry still hasn’t caught up.

There is wealth of complex economic explanations for why finance faces this lag in many regional destinations. However, one major reason that we’ve found rarely gets a mention is actually very simple.

Many investors don’t want to get their hands dirty with businesses that need more than money in the bank.

Young seed and Series A businesses are searching for an investment partner who will fuel their growth through other means. When cash is a commodity, support in recruitment, strategy, marketing and other key functions is critical to early-stage founders. These needs are even more prominent with founders in developing locations outside the capital.

Investors should be prepared to consider earlier stage businesses with strong teams and high growth potential in regional areas. Whilst they may require more support when scaling, the returns can be worthwhile.

Making their own way

A groundswell of investors and companies are carving their own path. Famed for its rebellious nature, prolific names across the North’s commercial landscape continue to turn heads. Whilst each individual city’s bubble remains smaller compared to its capital counterparts in Europe, the combined ecosystem is likely to sidestep London to carve out its own stance in the world. With or without the support of the UK VC community.

In the broader political sphere, a levelling up strategy is designed to help certain underserved locations with essential infrastructure and other essentials. But the finance industry has a responsibility to look beyond London for new opportunities. By improving funding access for regional cities and towns, surrounding areas will benefit and grow their own ability to produce talent for the future.

As the world enters an era of great collaboration, investors should consider how they plan to adapt.