Did you know that up to 20% of cancer deaths are the result of the effects of malnutrition rather than the malignant disease itself?

This shocking statistic was brought to my attention by Dietary Assessment Ltd CEO Steve Kerridge and highlights the importance of his company’s app myfood24.

“Between 40-80% of cancer patients are malnourished. As they become poorly through cancer and treatment, their diet can, understandably, deteriorate,” he explains to BusinessCloud.

“Our app is useful in combating this or any health condition where diet is a factor. The obvious ones are obesity and type 2 diabetes; but also irritable bowel syndrome, Crohn’s disease and some cancers.”

Indeed, poor diet now accounts for a fifth of all deaths worldwide and has overtaken smoking as the No.1 risk factor.

“Hospitals see a reasonably high readmission rate linked to poor diet and loss of appetite post-surgery,” adds Kerridge. “If people were going away and being supported to eat a good diet, the chances are their readmission would be lower.”

Founded by Professor Janet Cade in 2017 with the help of a £1 million Medical Research Council grant and based in the Nexus building at the University of Leeds, myfood24 is a tool for accurately measuring diet and nutritional intake which featured on our HealthTech 50 innovation ranking last year.

“I can get a weight loss app and, as long as I stick below my 2,000-calorie target a day, I appear fine,” says Kerridge. “But dig a little deeper, I might be eating kebab and chips every night – and nothing else during the day.

“From the calorie point of view, I’m okay; but my liver’s probably going to fail in about two months if I carry on doing that.”

A key differentiation of the app – which is also available as a web portal – is that it tracks around 100 different micro and macro nutrients, including protein, carbohydrates, vitamins, minerals and fatty acids.

Its database contains a wide range of branded products, from Domino’s pizzas to Starbucks coffee and supermarket ready meals. Users can also input generic products, such as white sliced bread, as well as the size and type of a restaurant meal or takeaway. Automated features speed up the completion of diet entries.

“I asked my 15-year-old son to download the app before we ordered a pizza from a well-known chain,” continues Kerridge. “As a growing lad, he has a large pizza to himself!

“Scrolling through the nutrient breakdown, he found that his pizza alone contained five times his recommended salt intake for the day. Most people know pizzas are high in calories and fat, but don’t usually know that they also have a really high salt level.

“Small insights such as that can be really beneficial.” 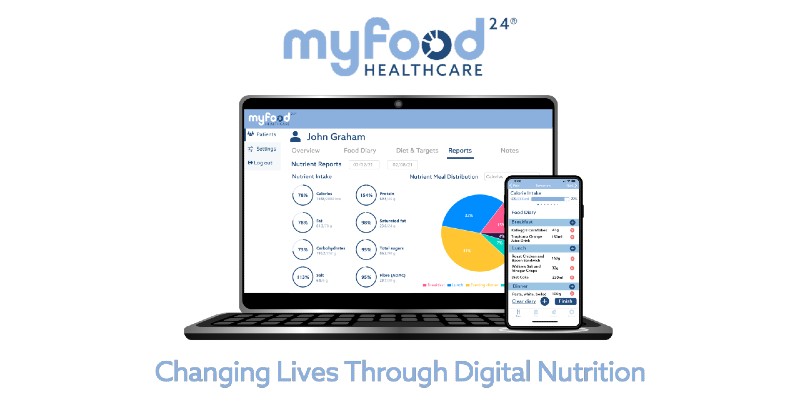 The nutritional analysis software is used by researchers, educators and healthcare professionals both in the UK and internationally.

“Our data set is probably our biggest USP in the sense that we have a team of nutritionists whose job is to source that data, accurately map it and quality control it prior to it being uploaded into the app,” says Kerridge. “There is a great deal of scientific rigour behind those processes.

“If you look at most health and fitness apps , some have millions of product items, which is great… but a lot of them are uploaded by people like you and me.

“It helps to create a community, but what it does limit is the accuracy.”

The company’s first customers were primarily research universities including the University of Leeds, Imperial College London and the University of Bonn in Germany, with which it set up a German version of the platform.

It is now beginning to work with GP practices as well as secondary care groups such as gastroenterology and weight management clinics in hospitals.

“We primarily targeted the NHS, primary and secondary care when launching into the healthcare market last year, and continue to do so,” says Kerridge.

“A GP practice might say to a patient: ‘I think your symptoms might be diet related. I’d like you to track your diet over the next few weeks using myfood24.’ It’s about educating the patient about the impact of their diet.

“We plan to enter private healthcare and corporate wellbeing markets this year then, towards the end of the year, business-to-consumer markets.”

Kerridge, who has run two previous spinout companies, put the original business plan together with Professor Cade and helped launch the business.

Five years on – supported by venture capital for the last three years – the company employs a team of about 10 staff, full- and part-time. It expects to recruit between five and 10 people this year.

“We have some quite exciting AI and machine learning technology coming through that we refer to as our diet optimisation engine for personalised nutrition,” Kerridge says. “The app looks at what you’ve eaten and suggests small adjustments to your diet towards certain targets.

“It’s currently in beta and set to launch commercially later this year. We’re very excited by this and believe it will be a great way for people to make sustainable changes to their diets that lead to big improvements in their health.”