A creative resources platform which is gearing up to take on major players like Shutterstock and Getty Images created hundreds of free design resources to help spread safety guidance around coronavirus.

Speaking from quarantine at Rawpixel’s office in Thailand, which has around 60 photographers, designers and retouchers, CEO Robert Churchill explained why he decided to put his talent to work on the project.

“People don’t like being talked down to and ordered around. Governments and big institutions are good at ordering people what to do,” he tells BusinessCloud. 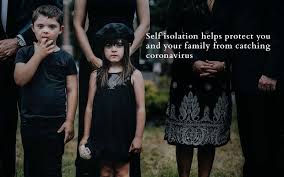 The project began after Churchill, a Briton who began the company after selling his own photographs during his travels around the world, said he realised “we’ve got the design skills to create design resources to help protect people and spread awareness”.

The company teamed up with the behavioural science team at PR giant Hill+Knowlton Strategies, who conducted research with 1,000 UK residents to find out which messaging resonated most effectively.

It found that the vividness of imagery was key to changing intentions and behaviour, especially for social distancing when a graphic, photo or illustration can clearly demonstrate a message. 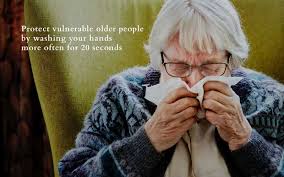 The research also found that the likelihood of people washing their hands increased by 8% when messaging explained how doing so helps others.

On one resource designed to remind younger people of their danger to the elderly, Churchill said: “There’s a photo of an old lady blowing her nose who looks like your gran – she doesn’t look like stock model.

“One of the messages is ‘Brits don’t panic’, meaning don’t go around labelling everyone as the 1% of people panic buying toilet paper.”

Rawpixel’s designers worked for over three weeks to incorporate the proven messages from the research alongside World Health Organisation guidance.

The project, which is still being worked on, has now been scaled back as the company returns its efforts to meeting its larger competitors.

“We’re trying to compete against Getty Images, Shutterstock, and Adobe,” says Churchill. “For us to really take them on, we have to increase the amount of content we have by a hundred times.”

To achieve this, Churchill plans to employ upwards of 500 designers in several hubs around the world. The company recently built a digital assessment management tool which has allowed it scale more quickly, and now has a handful of photographers contributing from other countries.

Churchill says its USP – apart from its move away from ‘men in suits’ stock photography – is ‘giving back’.

The firm currently donates 10% of its revenue to Help For Children, a charity which provides grants to child abuse prevention and treatment interventions in six countries.

He says the choice was spurred by his travels – and that it is his mandate to use the creativity at hand to do good.