Investors have lost over $7 billion. Is there light at the end of the tunnel?

The price of bitcoin continues to decline as investors sell their crypto assets for a lesser price. According to Glassnode, a blockchain analytics and intelligence service, investors recently left bitcoin (BTC) positions worth a record $7.325 billion, a realised loss of more than 2.4 billion per day for three days consecutively. This record is now the most immense US dollar-denominated realised loss in crypto history. Let’s discuss this loss in detail and see if there is a light at the end of the tunnel.

What is a realised loss?

According to Investopedia, a realised loss is a loss that occurs when assets get sold for less than the initial purchase price. It is a metric that displays the total amount of Bitcoin losses experienced by investors on a particular day. If the losses persist, more crypto investors will likely sell their assets to mitigate losses.

Over the last three days, according to Glassnode statistics, the strong support level for Bitcoin was $18,000, while the resistance level was $23,000. A total of 555,000 BTC has changed owners between these two rates. According to the data, daily losses ranged from $1.5 billion to $2 billion over that period.

Glassnode added that long-term holders also contributed to the selling block, liquidating about 178k BTC for less than $23k. That is 1.31% of the total supply owned by long-term BTC holders. They are the ones holding Bitcoin for more than 155 days. Some of these LTCs bought at $69,000, the all-time high for bitcoin, then sold at $18,000, a loss of roughly 75%. This type of liquidation probably helped bitcoin tumble to $18,319 over the weekend. Meanwhile, the market capitalisation fell to over $350 billion, down 73 per cent from its all-time peak in November.

Is there light at the end of the tunnel?

With bitcoin trading below $18,000, Glassnode stated that the profit ratio of the asset supply has dropped to 49%. Bear markets have historically bottomed when this ratio drops to between 40 and 50 per cent, hinting most likely that the current downturn has reached its bottom. And that is what most opportunity-grabber traders in the bear market wait for. The analytics resource highlighted the significance of these levels in the present, adding that Bitcoin investor faith is being put to the test right now. The decision to buy or sell at this moment is crucial. It is also worth mentioning that BTC has already shown some signs of life, rebounding nearly $3,000 in a single day and hovering around $20,000 now.

The continuing price decrease of Bitcoin is putting all types of Bitcoin investors to the test. Are they going to continue believing in this asset or bailout? To see the light at the end of this tunnel, some experts remind investors why they invested in the first place. One of them is Raoul Pal. He is the CEO/co-founder of Real Vision, a financial media company, an economist, and an investment consultant.

It is a long-term trend, he believes. He argues that individuals that keep Bitcoin will have a bright future since they have at least another decade, if not two or more, to see it perform well. Investors should consider reaping their investment as retirement money and just increasing it if they have money in a weak market. Investors should look for extreme weakness times to buy more, not on leverage, but just by pouring money into the market.

Other cryptocurrency investors agree with this framework, which is why they are beginning to purchase. They use crypto exchanges or broker platforms to accomplish this. Some of the best choices right now are:

Exchanges will work for beginners, but most experts agree that broker platforms are preferable. However, whether it’s a broker or an exchange, the matter is that these are the places where you may begin investing in cryptocurrency if you want to emulate traders who buy during bearish markets.

Furthermore, he feels that the conventional crypto strategy of selling high and buying cheap has flaws. He claims that there is simply insufficient data to time the market correctly and profits more than those who are in it for the long haul. His trading method is buying, holding, and supplementing money when prices are at their lowest. He was unconcerned with the price dropping in front of him. He simply waited and watched since he believes it is a longer-term investment, and you don’t generally gain money that quickly or fall so drastically. 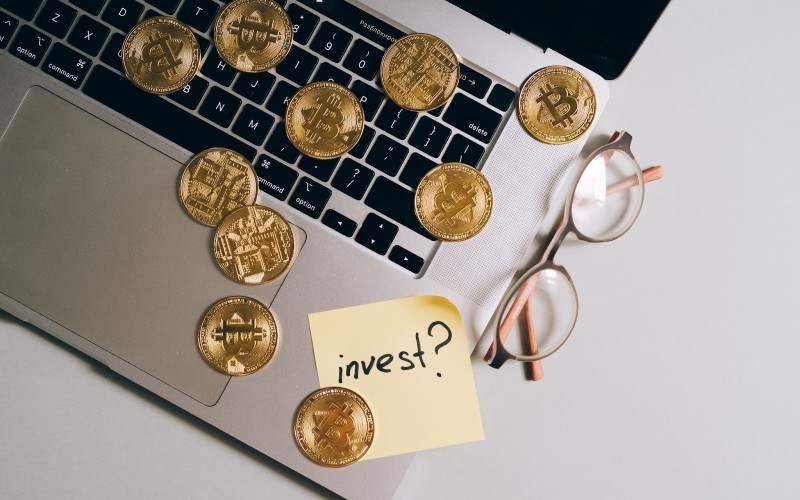 The light is still bright for BTC

As crypto asset values continue to fall, many analysts, including Raoul Pal, believe the crypto market is nearing its bottom. Even though crypto is in full panic mode, the former Goldman Sachs executive reckons the market is on the verge of recovery. The president of El Salvador, the country that made Bitcoin legal tender, is another notable figure who seems unconcerned about the current state of Bitcoin. He added in a tweet that people should stop staring at the graph and instead enjoy life. If you invest in BTC, your money is safe, and its value will skyrocket once the market recovers. Patience is essential. The Bitcoin Rainbow Chart also shows that Bitcoin’s value increases over time. The Rainbow Chart intends to be a fascinating method to look at long-term price changes that ignore daily volatility noise.

Bitcoin has already experienced a lot of extreme lows looking at the historical data. Indeed, the fall we see now is relatively the biggest since 2012, at one-year lows. However, it is worth noting that it did not fall below the lowest recorded price, indicating that Bitcoin is on pace to remain valuable after removing the daily fluctuation noise. It is going to depend on the macro economy where we go from here. It is best to stay alert to the movement of Bitcoin by observing what is happening in the economy, as it also depends on it.

Top 8 gambling sites outside the UK

How to start investing

Casino and gambling options amid your busy business life

Top 8 gambling sites outside the UK

How to start investing

Casino and gambling options amid your busy business life