Cambridge-headquartered Jagex could just be the most successful videogame developer you’ve never heard of.

Fans of fantasy RPG RuneScape, one of the world’s longest-running and most successful online franchises, will need no introduction. The series, which recently celebrated its 20th anniversary, has activated almost 300 million player accounts since launch, making it a star of the PC gaming scene.

Both the modern-looking game and its classic sister title Old School Runescape are epic medieval worlds of magic, monsters and quests. “The beautiful thing about RuneScape is there are some players who never pick up a sword or axe in the game,” CEO Phil Mansell tells BusinessCloud.

“They are fishermen and traders; they run guilds and clans; the game lets you put as much time as you want to into it.” 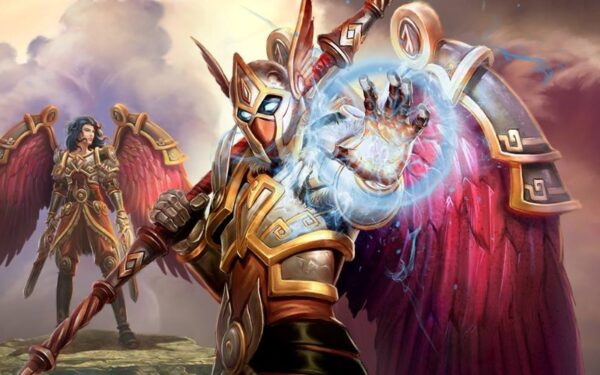 After I mention how Fortnite has allowed my own children to spend time with their friends and cousins during the past year, Mansell acknowledges that such escapism has proven more important than ever in the locked-down world of COVID-19. “The world’s a scary place at times: that stress and anxiety really builds up,” he says.

“Our games can also be a place to escape to a bit of a refuge, where you can catch up with your friends and stay in your social bubble. It’s a nice place to exist: there are dragons and crazy stuff, but they’re also beautiful, idyllic, fantastical towns, cities, mountains and seas… you can go sailing or chop down trees and build houses for yourself.

“Immersing yourself in a game like that… people need it more than ever in today’s world.” 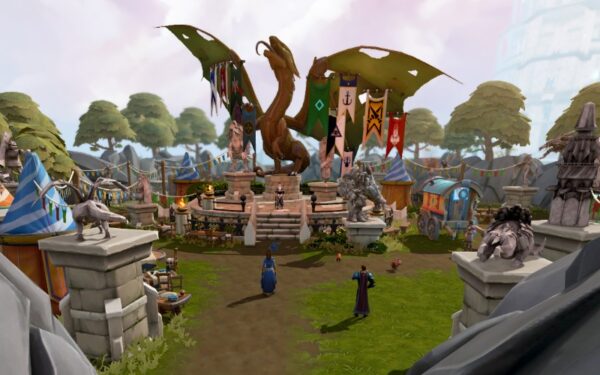 If your gaming is confined to consoles, you too will be able to join this world after RuneScape’s launch on mobile. The cross-platform play also allows dedicated players to jump seamlessly from their PC set-ups to gaming on the move.

“One of the biggest evolutions for the company has been bringing our games to mobile,” says Mansell. “It’s not about us and the platforms we’re used to developing on; it’s about the player and the community.

“Where are they? What do they need to have the convenience of getting together with their friends with the lowest possible friction? Everyone’s got a mobile phone in their pocket. It was a bit of a lightbulb moment to see people moving between PC and mobile: if you are on the bus on the way to work, or in the Starbucks queue, you can play for a few seconds or minutes on your mobile; then when you come home, you might dive in for 15 minutes, an hour or more on your laptop or PC.”

Why are there so few female developers in video games industry?

Jagex is headquartered in Cambridge and has a workforce of 450 people – now fully remote – after adding more than 120 staff during COVID, with not one member of staff furloughed.

It generates more than £100 million in revenue annually and well over £50m in profit, despite RuneScape and classic sister title Old School RuneScape being free to play: players enrich their game-playing experience through micro-transactions.

“Going back two decades, RuneScape was one of the first free-to-play games in the West – and certainly the first that reached successful scale,” says Mansell. “In the last five or 10 years, the rest of the industry is really getting its head around F2P community-based models.

“That’s brilliant for a company like us because it means we are pioneers; but we can’t take our head–start for granted. There’s a lot of innovation that we still do, even with games have been running for two decades. 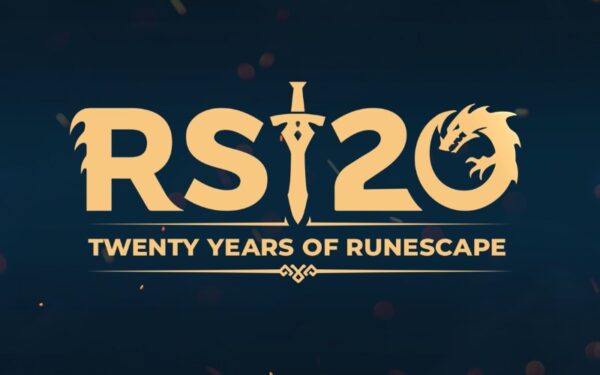 The company has been acquired three times since 2016, with some reports putting the value of the recent takeover by global investor The Carlyle Group at £600m or higher.

As well as investing in its current games – recognised by the Guinness World Records as the world’s largest and most-updated free MMORPG, or massively multiplayer online role-playing games – there are plans to launch further titles based in the RuneScape universe, and also to partner with third-party developers to launch completely new games on its publishing platform.

Similar to the Team17 model of helping independent lone devs bring their titles to market, I wonder? “Team17 do an amazing job in their premium games: they’re one of the best in the country,” says Mansell.

“We [at Jagex] clearly understand how to build communities, run big successful live games and online games. You could argue there aren’t any third–party publishers that specialise in online, multiplayer or F2P games. Maybe there are on mobile, but certainly not for core gamers on PC, which is our home space.

“We think that we think there’s a real gap in the market and demand here. Developers can be halfway through making a cool online game; but then they realise how demanding, labour– and capital-intensive it is.

“We’re absolutely masters at that stuff. We’ve got both the talent and the institutional knowledge, plus the technology base.

“We’ve announced one deal with a developer in Poland called Flying Wild Hog to launch a science fiction action RPG, an absolutely amazing game. We think that’s going to be the first of many. And we think it’s a significant way to grow our business.” 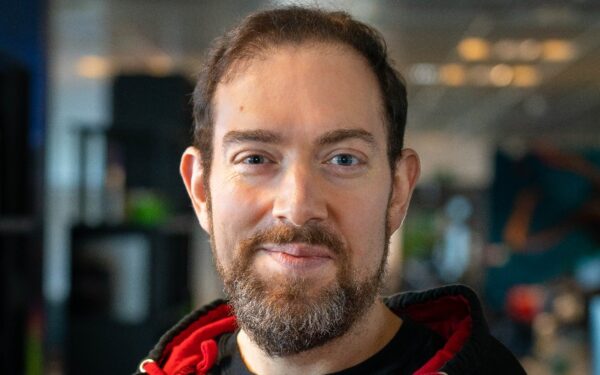 Describing the Carlyle deal as a springboard to “really press the accelerator down”, Mansell clearly enjoys the challenge of running a successful videogame business. In 2017 he became CEO, having joined in 2011 as a lead game designer.

His CV includes more than five years at Sony PlayStation in the early part of this century. “Probably the reason I’ve done well in my career so far is that I genuinely love both the creative side of making games, and seeing players’ faces light up; but also the business machinery that you need to create to run a successful game studio to connect with those players.

“I love the fusion of the creative and the commerce.”