Omnio is considering an IPO in Sweden or London late next year – but may opt for New York if it grows quickly enough.

The London FinTech’s banking-as-a-service platform allows credit unions and non-regulated entities such as brands to provide financial services to customers.

Valued at €70 million by a £26m funding round earlier this year, it is now processing payments worth in excess of €1 billion annually for 2m active accounts with 135 credit unions and an increasing number of brands, including easyJet.

CEO Adrian Cannon, who as director of strategy, planning and M&A was involved in the US flotation of Elavon Merchant Services more than a decade ago, told our sister website TechBlast that the plan is to float “probably late next year or middle of the year after”.

“We have a number of M&A opportunities that have come up,” he says. “M&A is always fascinating because it’s very easy to get tempted into the wrong acquisitions and then spend far too long sorting out the resulting mess. We’ve always been very careful.

“We now have one on the table which we’re very close to that would achieve one of our ambitions: to achieve a pan-European regulated status. That will be a big step for us because it allows us to really expand the business very quickly.

“And so whilst that’s in play, the IPO side of things is still moving forward. We will IPO, but that isn’t now the primary goal.”

You can read about its growth story at the link below.

Omnio started out with the goal of helping people locked out of the retail banking ecosystem find a way back. Backed by AEDC Capital, it set off by acquiring several UK FinTechs and bringing them under one umbrella.

Cannon, who has a background of 35 years in the financial services payments space – including several years as MD of card payment specialist consultancy Witstock – joined in August 2019 to take it from a set of assets to a pan-European business supporting millions of customers. 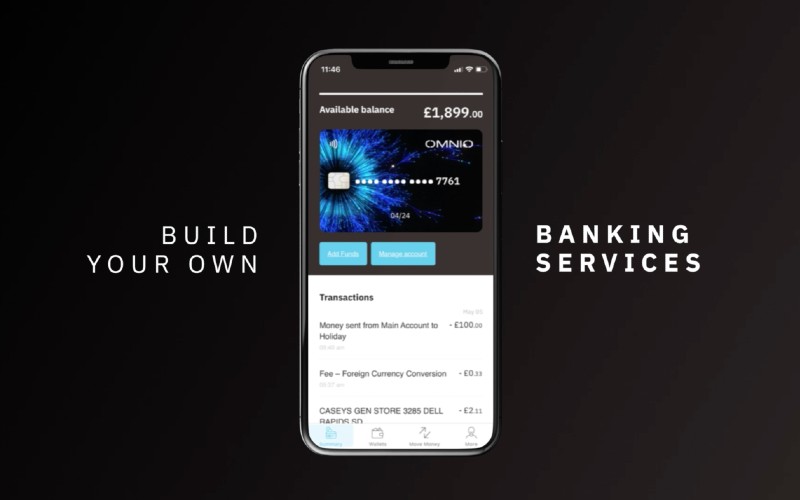 “We were initially looking at a float in Sweden. One of our co-founders Erik [Fällström] is Swedish and the First North Growth Market there is owned by NASDAQ, so it gives you a slightly easier transition to New York later on,” explains Cannon.

“However, there is another question of how deep the equity pool is… it may be that by the time we float, if we have made some acquisitions, we will be big enough to be serious in the London market.

“And then, if you’re that big, the next question is whether you are big enough to go and play in New York. If you are then go there, because the valuations are just ridiculous in America: multiples in Europe for where we are at the moment are around 22x revenue; multiples for the same company in America are about 40x.

“But you have to be ready for it. I would say that that is possibly the biggest challenge for any company on a high-growth path: going from tech entrepreneur to a formally governed structured company that’s reporting to a stock market.

“If you’re not ready for that shift, you’re in for a shock – because it is a very demanding thing to be able to do. You have to keep regulators, the stock market, customers, staff and shareholders happy simultaneously… that’s a great challenge to have, but one that most people aren’t used to.”

He adds: “The States is is a massive revenue pool, a great place to go fishing. But there are so many people in that pool fishing for the same fish and you have to be really good. Otherwise you can burn a lot of cash going nowhere.”

What the Amazon Visa U-turn tells us about business success

What the Amazon Visa U-turn tells us about business success