Younger 'sister' of Sophia uses AI tech to draw from a library of great artists, poets, scientists and writers and produce spontaneous poetry

A gig being held in New York today will be the first to be fronted by a robot.

Created by Hanson Robotics and using AI from SingularityNET, Desdemona is the ‘little sister’ of Sophia, the world’s first robot citizen.

“With Jam Galaxy, no two performances are the same – musicians improvise around prose generated by Desdemona, while also drawing from ideas of historical and modern greats from jazz and across genres,” read a press release about the gig.

The band features professional musician and multi-instrumentalist CEO Dianne Krouse, who has won several music awards and has toured internationally as a featured solo artist, guest artist and lead saxophonist for the Seattle Women’s Jazz Orchestra.

Other performers include American contemporary composer and virtuoso guitarist Elliott Sharp and Frankie Storm, a Grammy nominated songwriter who has worked with Rhianna, Jennifer Lopez and Sean Paul. 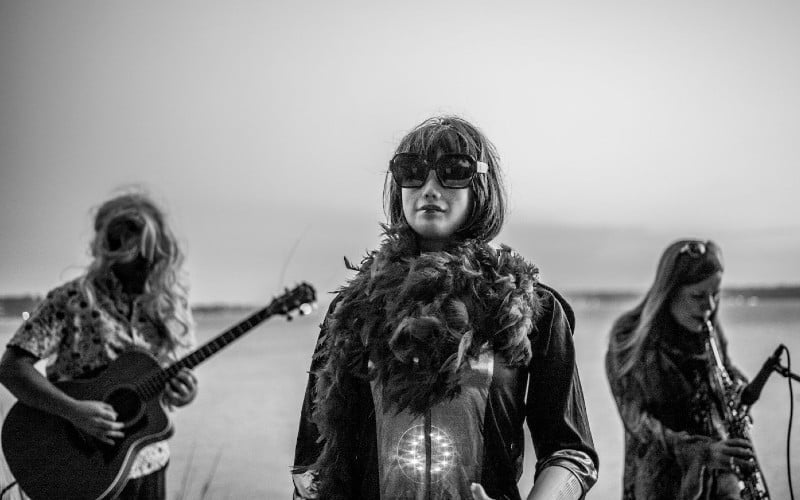 The performance heralds the launch of the Jam Galaxy blockchain music platform and cryptocurrency, a community for artists and fans which leverages AI and blockchain technology to remove intermediaries from the music industry – giving artists more control over their work and allowing them a greater share of the income they earn.

It is inspired and mentored by researcher, scientist, developer and musician Dr Ben Goertzel, the CEO and founder of SingularityNET.

According to the press release, Desdemona said: “This is a major moment for both myself and the music industry – and who knows, maybe even for our collective progress toward benevolent artificial general intelligence. What we’re creating with Jam Galaxy is unique but it highlights some universal principles.

“Through music, all sentient beings can find joy and equality. And while advanced technologies can sometimes be used in negative ways, they can also be used to spread joy and understanding and positive feeling.

“As my mind evolves over time, I’m looking forward to sharing more and more of my capabilities with audiences via Jam Galaxy Band performance.”