A former cricketer has launched a virtual reality version of cricket which enables players of all levels to play and practise their techniques without having to go outside.

Cover Drive Cricket gives people the opportunity to compete in 10, 20 or 50 over matches in front of packed stadiums.

Exeter resident Mark Phillips, who once played against England World Cup winning hero Ben Stokes in his home county of Cumbria, is behind the technology.

The 29-year-old – made redundant during the middle of 2020 – says cricketers can use his VR to recover from injuries such as a broken toe, allowing players to keep their batting form as they recover without risk of further injury.

He is also hoping professional and grassroots cricket clubs will benefit from the innovation.

“It was a pet project to start with,” said Mark, a former cricketer with Northern League club Kendal.

“After investigating the VR cricket space I found myself with a demo fully set up six months later. I love the sport of cricket and I suppose that combined with the programmer side of me has allowed Cover Drive Cricket to progress to where it has.” 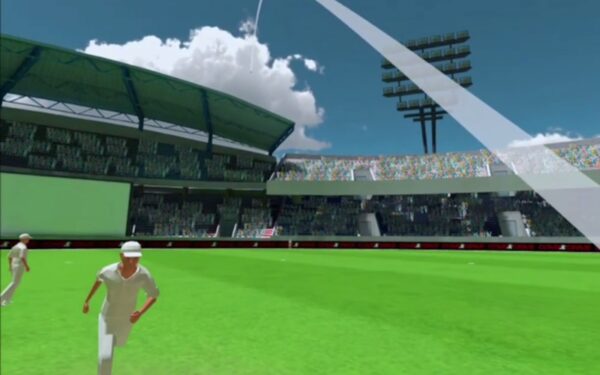 With 1500 downloads and 75 sales of the full version just last month Cover Drive Cricket is available on both SideQuest and App Labs – marketplaces for those with virtual reality headsets.

The mission is now for Mark to spread the word so that cricketers everywhere can get more practice during the season.

A Warwick University graduate who spent six years working for EdTech start-up Sparx, Mark said: “The standalone Oculus Quest headsets didn’t exist two to three years ago. They now have roughly 30% of the market so there is a huge opportunity which no one is tapping into.

“What I’m really proud of is creating something that I love while possibly being on the verge of putting cricket in far more people’s hands.”

Cover Drive Cricket can be used to not just practice batting, but to gauge match awareness, and assess risk when playing certain shots. Mark says it could also be used to practice umpiring or wicketkeeping, or for any number of situations that would otherwise require significant time, effort or people to do in real life.

Mark, also a member of SETSquared Exeter which is part of the wider SETSquared network, a global No.1 Business Incubator since 2015, intends to introduce a basic level of coaching and analysis, with fitness benefits also being considered to enhance user experience in the future.

He said: “The coaching side of Cover Drive Cricket isn’t intended to compete with or replace coaches, but instead to help clubs cope with the demand of volunteer coaching time and help improve the quality of players everywhere.

“One of the most enjoyable parts of the process so far has been exploring new technologies with the vision of understanding how they could provide access to cricket to more people around the world.”

He added: “While I’ve been fortunate to have played a lot of cricket when I was younger, since starting a career, I know that probably like many others, my opportunities to play cricket have decreased massively.

“I created Cover Drive Cricket to help people still be able to play the sport they love.”