The CEO of a MedTech spin-out from Oxford University has described how being paired with a group of experienced business mentors has helped his team commercialise a new way of diagnosing heart disease.

Founded by four Oxford cardiologists, Caristo Diagnostics has developed a new test that analyses routine heart scans for signs of inflammation in the coronary arteries, which supply blood to the heart.

It’s known that inflammation in the coronary arteries is a key feature in the lead up to heart attacks. Cardiovascular disease is the leading cause of deaths globally – costing some $1 trillion a year to manage. In the UK alone, nearly 170,000 people die of heart and circulatory diseases every year – more than the population of Oxford.

Caristo’s technology uses artificial intelligence to analyse routine CT heart scans for signs of inflammation in the coronary arteries. It acts as an early warning system, allowing clinicians to identify patients at highest risk of having a heart attack, as early as possible. This enables them to implement appropriate risk reduction strategies.

The software is already being used by a top five pharmaceutical company in clinical trials for a novel heart drug. It is now going through regulatory approvals for launch in both the UK and the US later this year. 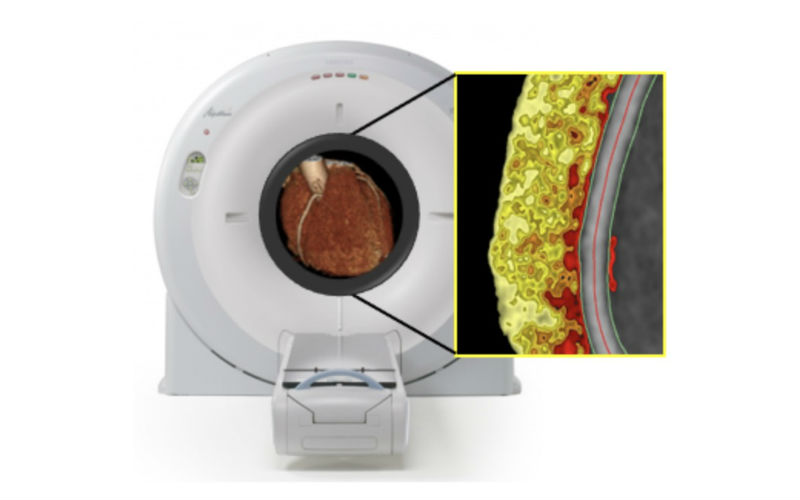 Over the last nine months, Caristo has been receiving mentoring support from the Creative Destruction Lab (CDL) at Oxford Saïd. CDL is a seed-stage mentoring programme for science and technology-focused start-ups.

Over a series of four day-long sessions at Oxford Saïd’s campus, the founders were mentored by a group of experienced entrepreneurs, investors, scientists and business professors.

“The biggest piece of feedback was that our pricing didn’t reflect the value that we were creating,” he said.

“Our software has the potential to save many patients’ lives and bring huge benefits to healthcare providers and economies.

“Pricing ourselves appropriately also means that we will be able to invest more in R&D. Our future plans include new software tests to predict stroke and diabetes risk.”

One of the mentors that has supported Caristo throughout the programme is Richard Foster, Emeritus Director, McKinsey & Company and Venture Partner at Lux Capital.

“I spent time mentoring Caristo because I felt that Caristo’s technology, 10 years in development, has real potential to provide essential, and currently missing, early warning of possible cardiovascular disease in patients,” he said.

“This can be translated into earlier, less invasive, less costly and more effective treatment, saving lives and money.”

Caristo is one of 10 ventures, out of an initial 27, to graduate from the inaugural cohort of CDL-Oxford, which this year focused on artificial intelligence and machine learning. The ventures ranged from the world’s first fully automated drug discovery platform to AI-powered waste recognition software.

The programme has given all the ventures the opportunity to speed up their business development, while getting exposure and financial attention from experienced entrepreneurs who act as mentors. Many of them have since gone on to secure fundraising and initial contracts.

Professor Thomas Hellmann, Professor of Entrepreneurship and Lead for CDL-Oxford, added: “Our first graduating cohort proves the value of CDL: a community of experienced mentors that supports ambitious entrepreneurs. Over nine months, it has enabled 27 science-based AI start-ups to find their footing and direction.

“With the help of our diverse community of mentors, they have identified their initial customers, clarified their value proposition, and generated real momentum towards building significant commercial and social value.”

From September 2020, CDL-Oxford will be expanding its programme with a new health stream, designed to facilitate the commercialisation of scientific advances in medicine and life sciences. Applications for Health Stream are now open.