£133m to scale financial wellbeing app across US

A financial wellbeing app founded by charities and designed for frontline workers has closed a £133 million Series C funding round.

Wagestream, based in London, will scale up support for underserved, financially stressed workers across North America and beyond.

Historically, frontline workers have been excluded or forced to pay more for the financial services they need compared to those making a set salary or higher wages.

With a social charter at its core​​, Wagestream was founded in 2018 by Peter Briffett (CEO), Portman Wills (CTO) and a group of leading financial charities to solve this problem by giving people access to a set of fairer financial services, delivered through their employer, and built around flexible pay.

“When we launched Wagestream, many employers viewed financial wellbeing in the workplace as a long-term aspiration; now they realise it is an emergency,” said Briffett.

“For example, 93% of companies we recently surveyed plan to put a financial wellbeing program in place, and we’re seeing a similar shift in the US.

“By addressing the financial wellbeing of their employees, employers become the hero and solve their own HR challenges in the process – from recruitment to retention to productivity.”

Workers access Wagestream through participating employers, who subsidise the service. The app syncs with payroll systems and allows employees to access and manage their income – either directly through the app, or as an integration with workforce management technology partners. 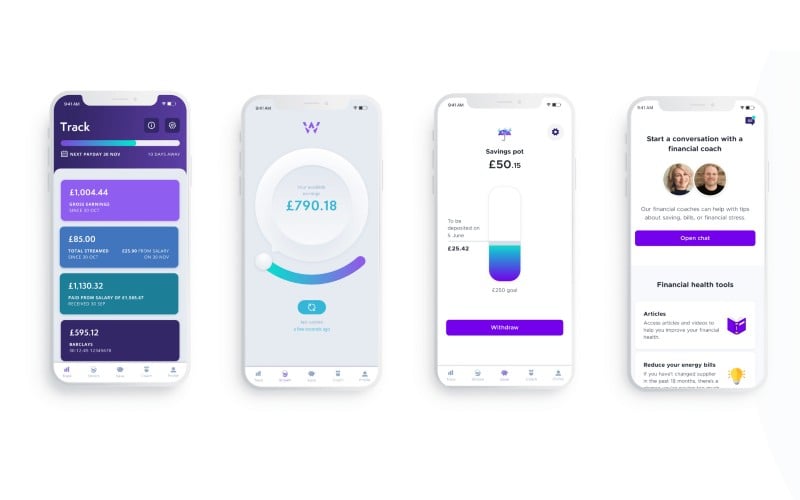 Additionally, with financial inclusion in mind, the app provides users with a variety of financial services to help them build up their financial health over time. For example, people can choose how often they’re paid, track their shifts and pay each day, build savings and win prizes, access free financial coaching, and get fairer deals on products – like insurance and utilities – than they would have access to elsewhere.

The funding round is led by new investor Smash Capital – a US-based investment firm which has previously backed Epic Games, Reddit, SonderMind and DuckDuckGo – includes another new investor in BlackRock and is joined by follow-on investments from existing shareholders Balderton Capital, Northzone, charity fund Fair By Design and new financing from Silicon Valley Bank.

“The combination of financial exclusion and a rising cost of living have created severe financial stress for hard-working Americans,” said Brad Twohig, managing partner at Smash Capital. “We’ve invested in Wagestream because its team has reimagined the world of work making it more accessible and rewarding for millions of people.”

More than one million workers in industries such as retail, hospitality and healthcare are currently able to use the app through employers including Burger King, Pizza Hut, Crate & Barrel, Bupa and the NHS. The firm now works with 300 employers in the US, UK, Spain and Australia.

The charter ensures that the company can only offer financial services which improve workers’ financial wellbeing. All of Wagestream’s investors – including participants in the new Series C round – agree to that social charter, meaning it cannot prioritise growth and profit above the wellbeing of end-customers.

Wagestream is the only financial wellbeing provider known to adhere to these standards.