David Chamberlain, co-founder of SaaS-based animation firm Viddyoze, explains why he’s agreed to be co-opted onto the board of his local college 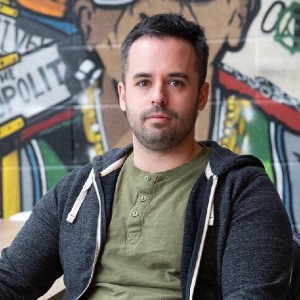 David Chamberlain, co-founder of SaaS-based animation firm Viddyoze, explains why he’s agreed to be co-opted onto the board of his local college

I recently shocked my friends by getting involved and supporting a local college at the age of 33.

“I didn’t think your son was old enough to go to college,” was one friend’s response.

So why exactly did I accept an offer to become a co-opted member of the board at Runshaw College in Leyland and why do I think other entrepreneurs should do the same?

By way of background in 2015 I founded video animation firm Viddyoze with Jamie Garside and Joey Xoto and our technology is now being used in 250,000 monthly clips worldwide.

I’m happily married, have a two-year-old son and another on the way and a few other business interests. Because I spend more of my life working I fall into the category of being ‘time-poor’.

Then, out the blue, I was contacted by Warren Middleton, chairman of Runshaw College, inviting me to become a governor.

I know Warren because he’s a senior partner at the Manchester office of KPMG but I didn’t know about his involvement with Runshaw College. He explained that the college was looking for new input from a diverse range of backgrounds, as well as local businesses and tech entrepreneurs, via LinkedIn and his extended contacts.

Viddyoze’s offices are only a few miles away from Runshaw’s main Leyland campus and I know they are one of the UK’s most successful colleges.

I started to do some research and I realised I was very young to be a governor or co-opted member.

According to the National Association for Governors the average age of governors across England is 55, with only 10 per cent of governors being under the age of 40.

We hear a lot about the disconnect between business and the education system and the more I thought about Warren’s offer the more I wanted to do something about it and I felt an obligation to give something back.

Bringing an entrepreneurial mindset into the educational system can only be a good thing.

However I also think getting involved in Runshaw will help me. As I mentioned earlier I have a young son and another on the way so I have a vested interest in the education system.

Running your own business is exciting but it can be a lonely place and taking this role gives me a different perspective and makes me less one dimensional.

You serve for four years and when I looked at the background of the other governors and the work of the principal Clare Russell, I realised what a talented and diverse group of people it was and I felt honoured to be asked to join them. It was confirmed this week and I would encourage other entrepreneurs to follow suit.