Why NFTs are turning the art world on its head

As Sotherby’s prepare for its debut non-fungible token sale, Nathan Bickerton explains what it all means 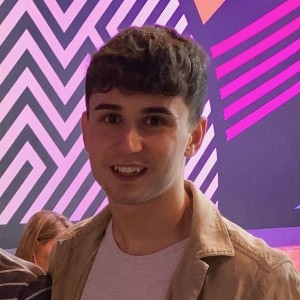 Would you spend $69.3m on a piece of digital artwork?

Me neither – but welcome to the world of non-fungible tokens (NFTs), which are turning the world of digital art on its head.

Next week Sotheby’s will launch ‘The Fungible Collection’, its debut non-fungible token sale in partnership with Pak, who became the first NFT artist to earn $1m for their work in December.

To understand why it’s so important we must explain what NFTs are.

NFTs are unique digital assets which are tokenised on the blockchain to certify authenticity and create value.

Digital assets can be anything, but notable assets include digital art, video footage, memes, tweets and virtual land.

NFTs get value from what is described online as ‘clout’, meaning fame and attention.

NFTs are primarily traded for cryptocurrency like Bitcoin and Ethereum which exist on the blockchain. Cryptocurrencies are lucrative and so are NFTs.

The value of NFTs seems to be based on the assumption someone else will pay more for it at a later date, like art.

NFTs are spectacularly valuable, though. One NFT managed to make global headlines selling for $69.3m at a Christie’s auction.

In 2007, digital artist Mike Winklemann (Beeple) started creating one piece of digital art every day. Winklemann named his daily challenge ‘Everdays’ and kept it up for 5,000 days.

Recently, Winklemann combined all 5000 images together to create ‘The First 5000 Days’. This JPEG file soon received clout like no other; Winklemann’s First 5000 Days sold for $69.3m at Christie’s and became the spark that lit the flame.

But NFTs are more than just art. Jack Dorsey, the founder and CEO of Twitter, recently tokenised his first tweet “just setting up my twttr” and it sold on the trading site Valuables for $2.5m in the Ether crypto-coin.

The value of Dorsey’s tweet comes from it being a key moment from the story of Twitter’s creation.

Dorsey’s tweet certainly has clout so the expectation is that its value will rise. Twitter’s founder has said he will convert the proceeds to Bitcoin and then donate them to the Give Directly’s Africa Response fund.

NFTs get crazier still. There is an online game called Earth 2 which is basically Google Earth but you can purchase and trade NFT tiles of land that cover the entire surface of the earth!

If you want to buy an NFT, you only need two things: crypto-currency and access to an NFT marketplace.

However critics believe NFTs are a bubble that will eventually burst and point to their impact on the environment because they use a huge amount of energy. Watch this space.