There will always be buyers – even in a pandemic 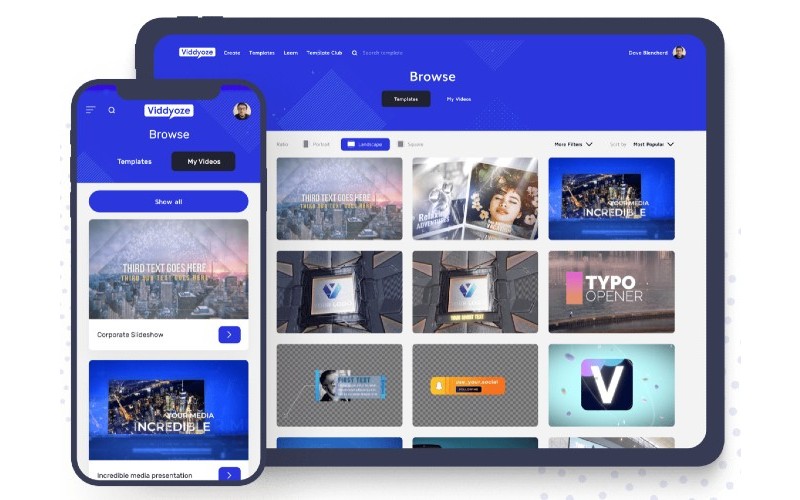 Do you remember where you were when the first lockdown was announced in March 2020 and how you felt?

We certainly did at Viddyoze.

Luckily we were in a pretty good place. We’ve always had a progressive and flexible approach to work so when the lockdown was announced, having our staff work exclusively from home was not that big a deal.

As a video animation tech company, we already had a sizeable chunk of our team already working remotely, meaning, that aside from having to deal with the emotional and logistical consequences of Covid-19, the business was well adjusted. We had to.

It’s important to note that we specialise in software-as-a-service (SaaS), meaning our core offering can largely be managed, delivered and worked on irrespective of where we happen to find ourselves.

While our office shutters were down and padlocked, we weren’t closed for business. There was still plenty to do. We’d also just put the finishing touches to our new Facebook ads team, which would prove to be hugely fortuitous.

Like most businesses, the biggest concern for us was staying profitable. When budgets are stretched, marketing is often one of the first services – unfairly, in our opinion – to go overboard. UK marketing spend was cut by its highest level in almost 20 years during that first lockdown.

We didn’t know that at the time, but a similar trend was starting to emerge in the paid traffic space.

In the world of paid Facebook ads, prices were coming down. There were lots of stories of big advertisers stopping spending as lockdown started – because people weren’t buying the products.

And it wasn’t just the big players: the same was happening with businesses of all sizes. The millions of small-scale eCommerce vendors that make up most of Facebook’s ad revenue began to panic, pulling spend out of the platform.

However, that created an opportunity for Viddyoze.

When people stop buying ads, there’s a lot more ad inventory. The whole system is automated and auction-based, so once that starts to happen (i.e. a reduction in ad spend), prices start to come down for your advertising.

While there were all these reports of businesses stopping, there were also reports from people who were capitalising on it.

Murmurs of positivity began to do the rounds across paid search forums. Those still in play were seeing good results: incredible returns for link clicks and customers coming through the funnel and converting.

I am pretty well plugged into the paid traffic community, and began to see the potential for Viddyoze.

I wasn’t the only one. Facebook’s ad sales – which is essentially its main source of revenue – jumped by 10 per cent during the lockdown.

Businesses began to switch their focus to eCommerce or double down on their existing efforts. And the potential for our simple-to-use video animation software began to grow.

I knew we had a product that wouldn’t be adversely affected by the lockdown. What I didn’t realise is quite how popular it was going to be. It sort of makes sense now that business owners, locked down, would find it a good product to invest in.

With a full team in place, we were able to move quickly with Facebook. We made great creative, set the ads live, and then began to scale, pushing more spend into the platform. The ads were a hit almost instantly.

And then it took off. Really took off.

In a matter of weeks, Facebook had become extremely profitable to Viddyoze, meaning the paid search team was able switch some of their focus towards YouTube.

This was a bit of a learning curve. It was our first attempt at YouTube ads, but with Facebook doing so well, we were afforded a little more risk.

At some point in April and May we were spending heavily on both platforms. I think at one point, we were up to £50,000 a day. Meanwhile, revenue was hitting £80,000 a day – purely through paid advertising.

Things continued like this for most of April and May before dropping off again in June. As we now know, businesses across the UK returned to Facebook, shifting their focus online – some of them potentially using Viddyoze to boost their marketing efforts.

How did this all happen? Right place? Right time? Right product? Right team? Well, in the words of Roman philosopher Seneca the Younger – “luck is what happens when preparation meets opportunity”.

And that kind of sums things up nicely. At a strange moment in time we were able to capitalise because we had a great product and an awesome team in place.