The tide is turning for true data adoption in InsurTech 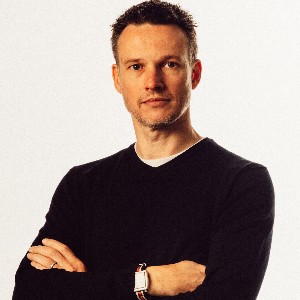 It is 20 months since the launch of Honcho – the Durham-based InsurTech disruptor – with our unique ‘reverse auction marketplace’ promising a better way for insurance providers to sell motor insurance, whilst giving consumers a way to find the insurance that’s right for them.

Having launched initially with just five insurance providers on our platform, Honcho now has around 45 providers across our car and van insurance marketplaces, and while we’re still onboarding further providers, we now boast a market coverage that sees insurers and brokers bidding to win drivers’ business over 97% of the time.

A lot has changed in personal lines insurance distribution during this time. The once seemingly unassailable position of the big four personal lines aggregators/price comparison websites (‘PCWs’) is beginning to erode, as both regulators and insurance providers start to question their dominance and, in some cases, their anti-competitive practices. And with the end of dual pricing on the horizon later this year – the FCA has said they intend to start to enforce their ban on ‘price walking’ or dual pricing in September – Honcho’s principles of fairness and transparency are timelier than ever.

So what do our insurance providers – or ‘market participants’ as they’re known in Honcho-speak – make of the status of aggregation today, and of the progress Honcho is making? We surveyed them to find out.

The good news for traditional aggregators is that the insurance provider market sees PCWs as having had a positive on insurance distribution from a consumer perspective, with only 14% of providers suggesting the opposite. From an industry perspective, however, things are less positive, with 43% of those surveyed saying that PCWs have had a negative influence on distribution. Whilst their unquestionably huge volumes are way ahead of Honcho’s, restrictive practices such as floor pricing and expensive commissions, combined with the necessity to perpetually strip out coverage to meet the PCW demand of “cheap” and to ensure a placing in the top 5 in the listings, mean that positive sentiment towards aggregators is waning.

“The only advantage to PCWs is the volume of quotes they generate. Everything else is negative – [they’re] expensive, slow, and [they] restrict pricing elsewhere,” said one respondent.

On the whole Honcho’s market participants were positive about the changes that we are bringing to the market. 57% said that Honcho are bringing much-needed innovation to personal lines distribution – “Honcho represents the positive new face of insurance marketing in an industry controlled by ruthless giants” commented one respondent – with a similar number loving Honcho’s way of supporting them to win the business that is right for them, rather than just blindly quoting for everything.

Better still, over 70% of those surveyed like that Honcho is encouraging and helping customers to buy the product that is right for them rather than just the cheapest, with 86% saying that Honcho supports open and fair competition. At a platform level, more than 90% of Honcho’s customers so far this year bought “best” over “cheapest,” a figure which confirms that a growing swathe of drivers are starting to see beyond gimmicks and towards meaningful insurance cover.

One of the survey respondents neatly summed up how much of the industry feels about PCWs: “I’ve said that PCWs have had a negative impact on distribution and consumers. I would caveat that I think they could be good, but ultimately, they wield too much power over insurers and extract as much money from the consumer (without them realising) that it can’t be a good thing. If consumers knew that the PCWs took £50 of their premium would they be so keen to use them, even if they did get a free toy!?”

Adapting their businesses to trade via Honcho has been both straightforward and frustrating for brokers and insurers in equal measure. With integrations to major software houses such as SSP and CDL, plus our direct integrations allowing insurance providers to use the same ‘plumbing’ that they’re used to using to using to connect to PCWs, going live on Honcho has been generally a quick and painless process for most providers, only requiring some simple testing.

Utilising the fullest extent of Honcho’s multi-round auction, though, has proved more challenging for some. Technically there is little challenge – the re-pricing mechanism and logic is already integrated into software houses and directly on Honcho’s platform. The difficult part has been getting underwriters to think differently about the possibilities that Honcho’s ‘market state’ data gives them, and to then use that as part of their algorithmic pricing models. “The pricing mechanism is probably too sophisticated for most insurers (despite their huge tech and pricing teams!!)” commented one respondent to our research.

But the tide is turning, and those Honcho market participants who have embraced the flow of real-time data insight that Honcho brings them about a risk and competitor offerings are reaping the rewards in terms of significantly lower acquisition costs – as low as £13 for one insurance provider recently.

The end to dual pricing makes mainstream aggregators’ raison d’être begin to look questionable – why churn year after year to get yet another cuddly toy if your existing provider isn’t going to hike up year 2 prices? With this, aggregators need to add fair value beyond blunt acquisition for a commoditised product that has been stripped of features yet, for most, their entire platform economics are based around the yearly “rinse-and-repeat at a hefty CPA” model. Huge marketing campaigns don’t come cheap, and the churn drug is sure to continue to be pushed to unwitting consumers. Regulators are demanding that aggregators add value to consumers, and for yesterday’s shining disruptors this makes change inevitable to be able to continue to justify their annual patronage.

Honcho’s alternative approach to insurance distribution has embedded intrinsic value as a core part of our DNA, guiding consumers to buy the product that makes sense for them, whilst simultaneously encouraging providers to focus their efforts on working really hard to win the business that makes sense to them – reflective symmetry! It spells the end of the race to the bottom, and a new era of marketplace dynamics within personal lines insurance distribution that works to the benefit of everyone involved.