The perils of poor connectivity for remote-working professionals 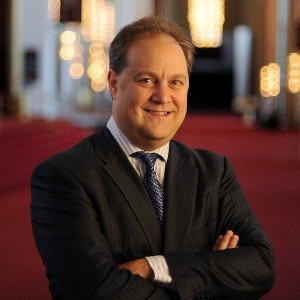 As the UK returned to a national lockdown situation this month, daily life once again took a sharp turn for millions across the country. With schools, restaurants and ‘non-essential’ shops now closed, most people will have returned to spending a majority of their time at home – for work and play, learning and living.

For many working professionals, however, the past ten months (and counting) have been dominated by home working. While lockdowns may have tightened and eased during that time, many have still been ‘locked down’ professionally by continuing to work from home throughout the crisis. And even when the government did allow workers to return to their office, many didn’t, and are unlikely to anytime soon.

Since teleworking is seemingly a lifestyle change that will be with us for a while, it’s important to ensure that workers have access to the tools they need to perform their duties effectively and efficiently. Access to a ready and reliable internet connection is naturally crucial in this regard.  Unfortunately the findings of GWS’ most recent performance testing highlight that this is not the case for a sizeable proportion of the UK’s growing remote workforce.

A new ‘digital divide’ is causing professional issues for home-workers in all parts of the country. No longer an urban/rural split, almost a third of properties right across the UK do not have access to sufficient internet speeds to engage, communicate and work effectively.

Though the UK government has ambitions to extend ‘super-fast’ connectivity to large numbers of its citizens, the fact remains that 30% of people are struggling to hit even 2 Mbps download or 1 Mbps upload, based on performance testing of home internet connections.

These issues are faced by similar proportions of people in urban, suburban and rural locations, highlighting the nationwide nature of the digital divide that has been laid bare by pandemic remote working.

The problems caused by insufficient connectivity are numerous. Brits are reporting a slew of professional issues ranging from being unable to connect with colleagues on video calls and conferences, to emails and work documents not being sent, to missed deadlines and more.

Poor speeds are causing personal problems, too. Those at home risk feelings of frustration and anxiety when they can’t connect with people online, and more than half have reported feeling isolated because of their inability to communicate effectively via digital means.

Without sufficient speeds, the personal challenges of the past year have been amplified – which has also had a knock-on professional impact as well. Half of home-working professionals feel their own competency is being judged when internet connectivity is bad, and there may be good reason for this as just over a third admit they do question the competency of their colleagues when they suffer from a poor connection.

To sum it up, this new, slightly ‘disparaging’ culture is causing people to worry that they will be professionally judged when an unstable connection interrupts work communications and processes.

Where before, the office might have served as a ‘leveller’ against this type of disparity, the remote-working revolution we have witnessed in the past year looks to have opened up a new digital disconnect in the professional environment and move the connectivity responsibility to the worker.

Employees stuck in those urban, suburban and rural locations that suffer from slow speeds should remember that they have the right to request ‘decent’ broadband services, as per Ofcom guidelines. ‘Decent’ is considered speeds at least 10 Mbps for download and 1 Mbps for upload – which our testing found that only 64% of homes were able to achieve.

Further, companies might want to take a more active role in helping improve their employees’ connectivity. It’s not just about employees judging each other’s competence; ultimately, it’s about the impact on productivity – the business of running a business while attracting and keeping customers happy.

In addition, home broadband networks typically involve wired transmission at some point, so switching to the mobile network can be a good solution when connectivity problems are encountered. Mobile coverage has improved greatly and will only improve further with the rollout of next-generation 5G networks across the country.

Alongside 5G mobile networks, 5G broadband will also see an intensified rollout in 2021 and beyond, which could be quicker and cheaper to deploy than the last mile of wired networks and fibre-to-the-premises connectivity.

The future, it seems, may increasingly be shaped by flexible, remote-first working. In fact, over a third of traditionally office-based workers reported that they were unlikely to return even when premises are able to reopen; and the single biggest reason for not returning is because their company was choosing not to reopen offices.

So home-based offices going completely wireless should not seem unrealistic and is certainly a viable alternative. And if 5G can deliver on its promise of fast and reliable connectivity, it could consign the perils of poor remote connectivity to the past for Britain’s growing remote workforce.