The email scams to watch out for during COVID-19

Sam Holding, Head of International at SparkPost, highlights the problem of fraudsters preying on people during the pandemic 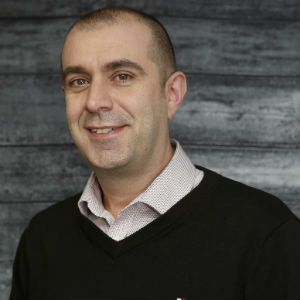 The prolonged isolation and lockdown in the UK have already had a major impact on people’s lives and wellbeing.

According to the Office for National Statistics, more than 25 million people in the UK reported being affected by deep levels of anxiety in March 2020 only. It’s worth noting that younger people, aged 18 to 24, have been three times more likely to experience loneliness as a result of the lockdown, with a remarkable 44% feeling low, according to the Mental Health Foundation.

Isolation, loneliness, and uncertainty formulate the right setting for fraudsters to prey on unsuspecting victims. And that’s exactly what they did.

The size and impact of scams in the past few months is shocking. In April 2020, the National Cyber Security Centre removed more than 2,000 online campaigns pertaining to the current pandemic; while Action Fraud reported that more than £3.5 million has been stolen from the UK public in scams related to COVID, since lockdown began and by mid-May.

Cybersecurity and threat actors during COVID-19

Email scam – what else is new?

Of all the channels and tools fraudsters use, email has once again been exploited the most – being cheap, anonymous and impersonal enough to bear no great risk to the scammer. At the same time, email is widely spread and trusted by people of very diverse demographics. As physical spaces have been closed and many people have been working from home, email has become an (even more) indispensable and compulsory part of our daily routine.

While email has been a common platform for scams for a while, the context of the scams has recently been altered and modified, to reflect the current crisis, and manipulate people’s emotional and mental state. It is distressing to see how effectively fraudsters have grasped people’s needs and exploited their cravings for safeness and assurance.

Scam emails amid COVID often integrate practices that were used by businesses and public sector organisations to communicate changes to their policies or customer service. Apart from the old “safety information” emails we’ve seen so many times, fraudsters have also been using new context such as:

During May 2020, more than 160,000 phishing emails were reported to the National Cyber Security Centre. It’s almost certain that scammers will always find new and even more imaginative ways to con their victims.

This is not over, and companies should keep their workforce updated about new threats, particularly since many of them are being exposed to more risks.