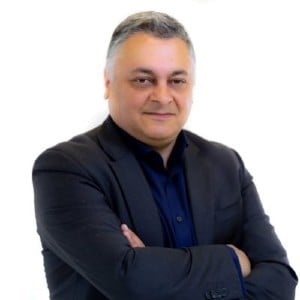 The rules for SPACs are changing – a move that could breathe fresh life into the London market.

The changes relate to the thorny issue of automated trading suspensions. SPACs that raise at least £100m at IPO will no longer have their shares suspended once an acquisition target is announced provided that they meet a number of criteria promoting investor protection.

This addresses the quandary of investors being locked in at the most pivotal stage of a SPAC’s lifecycle, unable to access their capital and exit their position until a prospectus has been published, and brings the LSE into line with other major exchanges.

Under the new regime, to avoid share suspension, SPACs are to provide investors with a ‘redemption’ option so they can exit before an acquisition is completed. They must also, among other measures, ensure money raised from public shareholders is ringfenced and that shareholder approval is sought for any proposed acquisition.

In return, where a transaction is well advanced, SPACs now have an option to extend the time limit to complete an acquisition by six months without requiring shareholder approval. These measures provide additional safeguards and benefits for investors while giving greater flexibility to the SPAC and enhancing its appeal as well as ensuring trading is more efficient on the London market.

This week’s changes are the long-awaited outcome of the FCA’s consultation process on rules first proposed in March. Amid strong investor appetite and huge flows of capital, it is only right that the regulator embraces SPACs and does not bury its head in the sand. What started out as a niche, alternative route to access the equity market and raise relatively small sums of cash has been transformed into the go-to method for fast-growing companies and household names to go public.

Is it time for London to finally welcome SPACs?

In this country, we are already playing catch-up. Earlier this year, the UK listing review noted that 248 SPACs were listed in the US in 2020, raising a total of £63.5 billion ($88 billion). Bill Ackman’s blank cheque vehicle, Pershing Square Tontine Holdings, raised $4 billion alone when listing on the New York Stock Exchange last July. This compared with the “dormant” UK market which listed only four SPACs throughout the whole of 2020, raising £30 million in total.

More recent analysis from Dealogic in June paints an even starker picture. It revealed that stock market floats in the US had smashed through its annual record for funds raised – with more than half the year still to go.

We must do better here in the UK if London is to maintain its position as a leading global financial centre. The new rules represent a decisive first step, although it is important to note that they do not apply to SPACs raising less than £100m.

This is particularly striking given that so many potential targets are fast-growing, dynamic companies that may not reach such a high threshold.

These tend to be the businesses capable of delivering explosive growth and exceptional returns for early investors.

The City is facing challenges on multiple fronts right now, but it is also presented with tremendous opportunities to establish itself as the pre-eminent financial capital. When it comes to media and technology, for example, this country truly does punch above its weight.

We should be proud of this and do all we can to promote investment in the very best companies, putting the right capital structures in place to develop genuine industry heavyweights.

SPACs allow investors to get in on the ground floor and co-invest alongside management teams with the sector expertise and contacts to bring the most exciting companies to market. We should be embracing any new structures that attract new capital, safeguard investors and help the businesses of the future to grow.

The FCA has taken the first step and shown itself willing to embrace change. Now all eyes turn to the success of the beneficiaries.