What could HP’s acquisition of HyperX mean for the world of gaming?

As one of the biggest computer manufacturers in the world, it should come as little surprise that Hewlett Packard have one of the largest draws on the front of acquisitions

As one of the biggest computer manufacturers in the world, it should come as little surprise that Hewlett Packard have one of the largest draws on the front of acquisitions.

This was demonstrated in their $425 million acquisition of the famed peripheral and hardware manufacturer HyperX who, in the last few years, have cemented themselves as one of the industry’s best in this area.

The biggest changes from HP’s move for HyperX will undoubtedly be felt in the gaming hardware sector of the market, especially given the fact that the reason for HP’s move was down to them wanting a stronger foothold in this sector. With this, one of the best peripheral manufacturers now has the backing and the ownership of the biggest Windows-based machine manufacturers out there which should make for an intriguing proposition. HP are no stranger to the gaming side of the computing business, having used their OMEN branding for such ventures in the areas of both gaming computers themselves and external peripherals such as the popular Photon mouse.

The move with HyperX could lead to HP exploring the world of headsets, which HyperX under their previous banner with Kingston did to great effect, with fan-favourite budget options such as the Cloud Stinger becoming a standard in that price bracket. In addition, as Kingston themselves have been in the world of storage for essentially their entire existence, it is possible that HP could even venture into this side, which would expand their product range even further. Any attempts to diversify their product output would be of major use to HP, especially since to a mainstream audience they are just a laptop and computer manufacturer.

HyperX’s acquisition will have wider implications for the gaming sector than on the front of simply hardware. From the perspective of HP, now they have invested in the hardware side of things with the move for HyperX, it may be possible that they could wish to go the whole hog and move into the realms of software development. By doing so, the computing manufacturer would add yet another string to their already rather full bow. 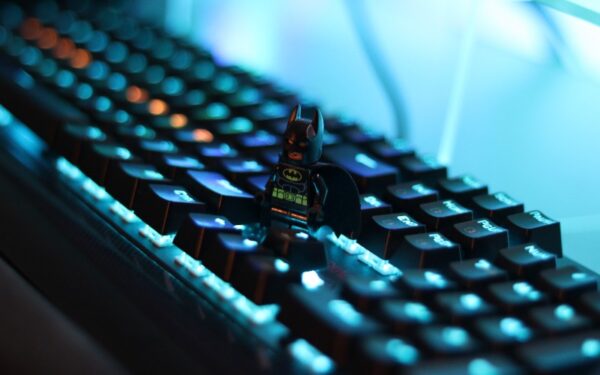 This could have the potential for a domino effect in the world of software in one of the more extreme scenarios as mobile gaming could be considered as part of video games on their own or come under the umbrella of software-dependent gaming. It’s worth noting that this sector of mobile gaming is one that has seen a notable amount of growth in recent years as it has heralded multiple different areas.

One such area that has seen its own rise to prominence is that of online casinos which have undoubtedly become a rather competitive market. This has meant that comparison sites have come into the fold in order to help customers make sense of where the value lies. On that note, here are a couple of suggestions to get you started on the subject of what kind of offers that casinos can use in order to entice customers, including no-deposit options in an attempt to make themselves more attractive. This kind of healthy competition has undoubtedly led to some major developments, and key acquisitions such as HP’s takeover of HyperX could cause further development in the wider tech business overall.

HP’s move to buy HyperX has to be one of the most exciting and also interesting acquisitions in recent computing memory. It could act as a major catalyst for either HP’s own investment, or wider changes in the industry when it comes to either the peripherals market, or computing, but nonetheless, it’s a smart piece of business from Hewlett Packard.