Challau, which does not require a headset or high-end computer for its immersive environments, raises VC funding from Oculus investor

A UK metaverse platform which enables users without a VR headset or high-end computer to enter immersive 3D environments has raised a pre-seed round of investment.

More than 20,000 metaverse user sessions have taken place since its beta launch, with more than 3,800 unique virtual 3D worlds created by users.

The platform allows users to create their own 3D virtual world and up to 25 people can concurrently engage within each 3D environment supported by full body avatars, spatial audio, real-time high quality web graphics, avatar audio lip-sync and micro-expressions. 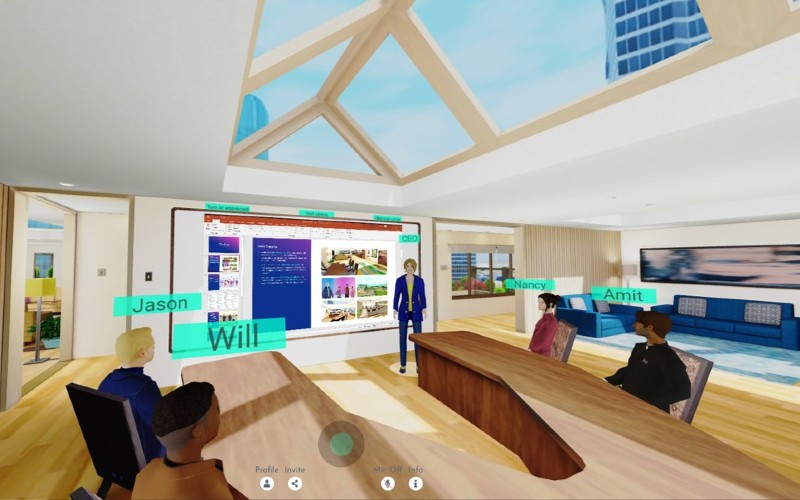 Nearly 200 college campuses, 400 offices and over 3,000 residential properties have been established on Challau. It says people are looking to get their first foothold on virtual properties in the metaverse.

“We are delighted to have the support of 7percent Ventures, a fund and team with an impressive track record of supporting the most innovative, futuristic and groundbreaking technologies,” said founder and CEO Muhammad Zain Khawaja.

“7percent were the first investors in Oculus and have the best possible track record to understand and support Challau in its development – they really understand what this space is all about.

“The single biggest challenge that was holding back adoption of the metaverse by billions around the world was accessibility. You would need to own a VR headset, go through a complicated setup procedure, buy a powerful computer and have ultra-fast internet speeds – that was really limiting.

“We’ve built our platform to work through your PC and even your smartphone – so you can carry your Metaverse in your pocket at all times. This is a game-changer.”

“The team have built some fantastic inhouse technology and users love the product. We’re excited to be on the journey with the Challau team.”