Ivan Soto-Wright is at the forefront of the revolution. The CEO explains how he is widening access to cryptocurrencies with MoonPay

In a world obsessed with the value of Bitcoin, it is easy to overlook the true potential of the cryptocurrency revolution.

The poster child of crypto, which recently rose to a record valuation before falling back somewhat, regularly grabs the headlines as investors speculate on the possibility of huge returns.

In its wake follow a multitude of digital currencies created with use-cases in mind – or, in the case of Dogecoin, as a joke – each with their own army of supporters. These advocates for crypto are people, just like you and me, who believe in a financial future built upon virtual coins – and hope to make a fortune out of it.

“The news media cycle focuses too much just on the price movement. I don’t think enough is being talked about in terms of the technology,” Ivan Soto-Wright, co-founder and CEO of MoonPay, tells BusinessCloud.

“As we move forward, people will begin to understand the inefficiencies with the existing legacy system [of fiat currency]: it can take days and there’s a really expensive reconciliation process on both sides, whereas with the blockchain, you have this intermediate layer which is a source of truth and everyone can see.”

As World War II came to a close, the Bretton Woods system of monetary management, which effectively tied the value of national currencies to gold, established the rules for worldwide commercial and financial relations.

In 1971, the present system of free-floating currencies – in other words, not backed by a commodity – effectively replaced this when the Nixon administration terminated convertibility of the US dollar to gold.

“We’re in an unprecedented environment today: we’ve never seen so much monetary stimulus from governments around the world in the wake of COVID-19. There’s a crazy stat in the United States: around 20% of United States dollars have been printed in the last year,” says Soto-Wright.

“It is a relatively new phenomenon where governments have been taking this monetary stimulus action to print more of their currency.”

The US Fed’s decision to introduce unlimited quantitative easing saw $3 trillion pumped into the economy, which will ultimately devalue the money already in circulation. In contrast, the total number of Bitcoins which will eventually be created will be limited to 21 million, protecting their value.

“Quantitative easing [policies] can lead to cases of hyperinflation, as we’ve seen in Argentina and Venezuela. On a macro level, people are looking for some sort of inflation protection, which is what’s driving institutional investors to look at Bitcoin more seriously as part of their overall portfolio,” he adds.

“There is an argument around Bitcoin trying to be this new kind of global reserve currency standard. But I think we’re far away from that… It’s still really early days.

“If you zoom out, from a macro perspective, Bitcoin today is about $1 trillion in market cap. But if you put that into context, another alternative asset class, gold, is closer to $10tn.”

MoonPay is a new payments infrastructure provider that powers some of the world’s biggest crypto companies, including Bitcoin.com.

The start-up, which has gone from a standing start in 2019 to become one of the biggest players in the space, is focused on democratising cryptocurrency. It enables more than 250 partners across 170 countries to integrate cryptocurrency into their payment solution – providing a simple entry point into the crypto market and supporting over 30 fiat currencies and 20 virtual currencies. 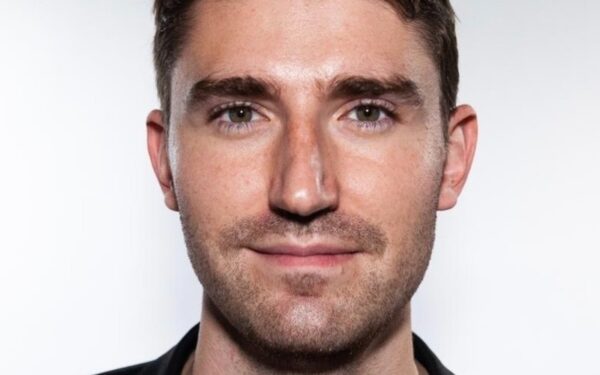 “We’ve serviced around two million end–users. We want to bring cryptocurrencies to a billion people by 2030,” says Soto-Wright (above). “We want to cover every single payment method across every single geography to make it very easy to access cryptocurrency from any part of the world.”

He adds: “I think that with Bitcoin there is good, general distribution. It’s decentralised and owned by many different people in different countries in the world. But it isn’t necessarily a very good payment method today because it’s more of a ‘store of value’ thesis.”

SoV is a belief that something has value and is guaranteed to retain this value – or increase it – well into the future. Many believers in BTC – at the time of writing worth around $53,500 – expect it to ultimately rise to $1m.

“This payments piece gets talked about a lot: being able to use Bitcoin at a Starbucks. It’s not very effective for small transactions because the network fees are quite expensive,” he explains.

“What is practical is if I want to move a billion dollars in Bitcoin from one person to another: I can do that for under $100 in transaction fees and in hours, which is better than the existing financial system today. There’s already advantages at the macro scale.

“There are incredible engineers, talented people around the world, working on trying to scale blockchain and bring transaction costs as close to zero as possible for micro-transactions.

“We want to plug into many different types of blockchains – and really, our mission is about trying to see adoption around real use-cases beyond just speculating on Bitcoin as a future store of value.”

Digital currencies will exist alongside their fiat counterparts, says Soto-Wright, drawing a comparison with Voice over Internet Protocol provider Skype.

“VoIP is what we’re using right now to communicate on Zoom. Using the internet to make a call brought costs down massively from the existing legacy system, which is using cell towers in different countries to make expensive long-distance calls,” he says.

“Skype was one of those very first businesses that leveraged VoIP to bring down the barriers for anyone in the world to be able to communicate seamlessly. But it wasn’t like your phone number disappeared or your existing cell contracts disappeared. It has taken time for people to opt in.

“That’s kind of the same way I see crypto: right now, the user experience isn’t fantastic, but I think it has an incredible promise over the long term. It’s not like your credit card or bank account is going to disappear; but as people find utility and efficiency within the crypto system, they will opt-in. We’re looking at a 5-10–year horizon.”

The creation of a fairer financial ecosystem is the end-goal of MoonPay, which has seen its revenue stream – taken from transaction fees – increase 3000% over the past 12 months.

“This is a landmark opportunity: there are billions of people around the world that are still unbanked. With this technology, as long as you have access to the internet, in minutes you can create a cryptocurrency wallet which can almost function as your bank account,” he says.

“That, to me, is incredibly liberating. In Kenya, [mobile payments firm] M-Pesa started with people trading mobile phone credits with one another; eventually it actually leapfrogged the existing legacy system and became its de facto financial system.

“A lot of the companies that we’ve been working with recently are looking at cross–border remittances, a trillion–dollar industry where legacy financial institutions charge an arm and a leg for you to move money from one country to another.

“Where we see it going is this idea that I can move from my existing payment method into a cryptocurrency stable coin – a virtual currency that’s backed by a particular country’s currency – and out again. For example, I could move dollars from my US bank account into crypto and on to someone in the Philippines; they could receive that in seconds at almost no cost, if I’m using the correct blockchain; they can then cash out that dollar coin into Philippine pesos – or spend it and cut out Visa and MasterCard.

“Merchants are also getting essentially implicitly taxed every time they receive a payment.”

The transparency of blockchains is another powerful tool in the fight against financial crime.

“For charities and non–profits, it’s really powerful to be able to track all of the donations that take place over the blockchain,” says Soto-Wright. “We helped the Argentinian Red Cross accept money via people’s existing payment method and see it arrive in cryptocurrency, tracked in real–time.”

The 31-year-old entrepreneur and co-founder Victor Faramond, MoonPay’s CTO, have bootstrapped the business to date, which makes it all the more impressive that it has grown from five to more than 65 global employees in the last year.

“Cryptocurrency as a business can be a little bit tribal: you have different exchanges competing with one another, you have different protocols,” says Soto-Wright. “We wanted to be an independent player judging the merits of the technology.

“A lot of entrepreneurs could be tempted to take that capital early. I’ve taken a contrarian view that there needs to be a very clear idea on how to leverage that growth capital to really accelerate the business.

“At some point, we might consider taking on external funding to accelerate our roadmap. But for now we feel pretty comfortable in continuing to reinvest our profits back into the business.”