The business, created by Sam Worsley and Nathan Moore, has been selected by ITV’s newly created Studio 55 Ventures arm, launched in September 2020.

The scheme will work on turning the business’s mobile rock, paper, scissors game, Roshambo Live, into a live ITV show that can be either a stand-alone show or an extension to an existing TV show.

Worsley and Moore met three years ago while working for Microsoft on its graduate scheme and had always dreamed of running their own business, taking the “difficult” decision to leave the tech giant once they had their idea.

They launched Live Tech Games during the pandemic, attracting 15,000 active users to vie for a £1,000 prize three times a week. 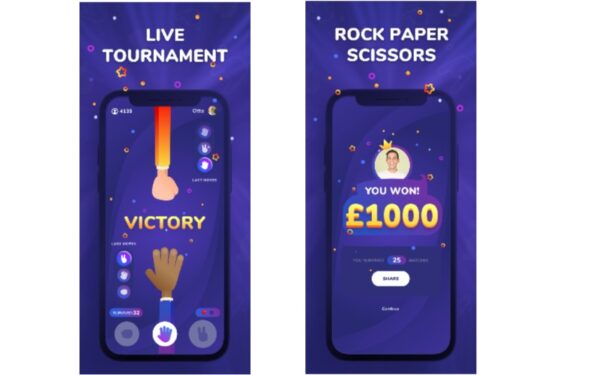 As one of the first businesses that ITV has selected, Roshambo Live will now enter into the next phase of development. A significant cash injection will help fund technical development, while ITV mentors will work with the Live Tech Games team bringing internal ITV resources in where needed.

The pilot will focus on giving ITV’s viewers the opportunity to play along in fun, simple live tournaments, where they go head-to-head against other people across the country in addictive games for the chance to win free prizes.

If successful as a pilot, Live Tech Games would be one of a small number of businesses in which ITV will materially invest and scale, with members of the successful teams invited to join ITV full time.

When Studio 55 Ventures was announced, ITV’s CEO Dame Carolyn McCall said its investments would deliver ITV’s strategy of transforming it into a digitally led media and entertainment company and that it was “investing in people with the passion, vision and drive to ensure ITV remains relevant to younger generations whilst giving us insights into how to evolve in the future”.

“From the very start of the process it was obvious that the synergies between our two companies truly resonate at a strategic level,” said Moore.

“Entertainment spans way beyond the television set and is now mostly on mobile. This is exactly why ITV set up the Studio 55 programme; to invest in the best tech ideas that will ensure it remains at the forefront of digital entertainment.

“With mobile games playing such a fundamental role in the future of entertainment and ITV being famous for captivating live audiences, our partnership seamlessly delivers on this strategic objective.”

“Following a successful pilot, we have huge plans for new games – all utilising our Live Tech Games platform and live gaming engine that we’ve spent the past 18 months developing.

“We will continue to make super simple, yet highly addictive games, which enable our players to go head-to-head against each other, for free, to win exciting prizes.”