Augmented reality firm Blippar seems to be on the road to recovery two years after it entered administration.

Blippar, founded in London in 2011, became one of the UK’s first tech unicorns but was placed into administration in December 2018 after a major investor refused new funding.

After it was bought out of administration by existing shareholder Candy Ventures in 2019, it appointed Faisal Galaria, considered something of a turnaround specialist, as CEO in October of that year. 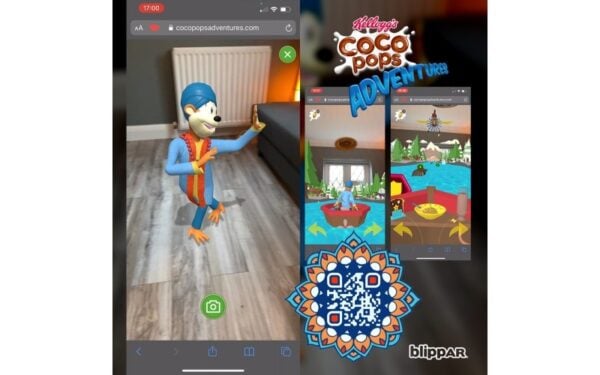 Canadian entrepreneur Anthony Lacavera also contributed to the round through his Globalive Capital investment firm.

The new investment will be used to further develop the company’s industry-leading technology and accelerate its growth in key markets including the US, Europe and Asia.

“We are very excited to have attracted investors of this calibre to Blippar,” said Galaria. “Not only is this a solid vote of confidence in Blippar’s technology from some of the most highly regarded industry veterans and business minds, but it also demonstrates sustained validation of the UK tech sector post-Brexit.

“2020 was a transformative year for Blippar with a 200% increase in revenue quarter on quarter, continued strengthening of the senior leadership team, and delivery of cutting-edge AR campaigns for major global brands including OnePlus, Kellogg’s and Dr Pepper.

“We have leveraged our 10 years of investment, provenance, and technology leadership in the AR space to come back leaner, more focused and better than ever before.”

This week the two entrepreneurs launched Chroma Ventures, a new investment arm for their diverse and growing portfolio of investments, to channel flexible capital into a range of early-stage and established businesses with high-growth potential.

6 tech stats to make you jump for joy

Van der Kuyl, who joins the Blippar board as a director, commented: “The immersive nature of AR makes it one of the most important use cases for the gaming industry.

“Blippar’s AR technology is by far the most advanced and innovative that I’ve seen in years and there is huge potential for AR to power the ultimate gaming experience of the future. We look forward to being part of the Blippar journey.”

Tech entrepreneur Justin Cooke has also been appointed to the Blippar board this month. Chief Content & Partnerships Officer of FutureLearn, Justin is also a Venture Partner at tech investor Northzone, and an adviser and investor in numerous fast-growing technology businesses.