Ladi Greenstreet and Daisy Onubogu have taken over the leadership of Diversity VC as CEO and COO respectively.

Diversity VC has been led by a group of volunteers from the venture capital industry since its inception in 2016. Continuing in this tradition, Greenstreet currently leads Accenture’s Open Innovation program in the UK and Ireland; and Onubogu is Backed VC’s Head of Network and Community.

Co-founders Check Warner (CEO), Lillian Li and Travis Winstanley (Head of Research), are remaining close to the organisation, taking roles on the Diversity VC Counsel and Advisory Board.

The current focus of the new leadership team is on expanding the team and partnerships base, with ambitious plans to significantly scale the organisation. It is this scale that will make new key initiatives possible and take the research arm, Future VC internship programme, Diversity Standard audit and our other initiatives to new heights.

“Moreover, as numerous studies have shown, diversity of talent in VC should also increase company and industry performance. And yet, Venture Capital is still a sector with one of the most homogenous workforces in the world.

“I am proud to be joining the Diversity VC team in 2021. We will redouble our efforts to promote a more open, accessible and diverse innovation community – we are aiming to consolidate and grow our community, make it easier to access resources, expand our impact globally by entering new ecosystems, and we will keep growing our team of inspiring individuals.

“As we’re growing the team and professionalising our infrastructure, we’re also refining our ideas on the best initiatives to apply our increased resources to.

“There’s so much more to be done with The Standard and Future VC in particular, and indeed elements of the fight for DE&I in this ecosystem that we do not yet have initiatives for at all.” 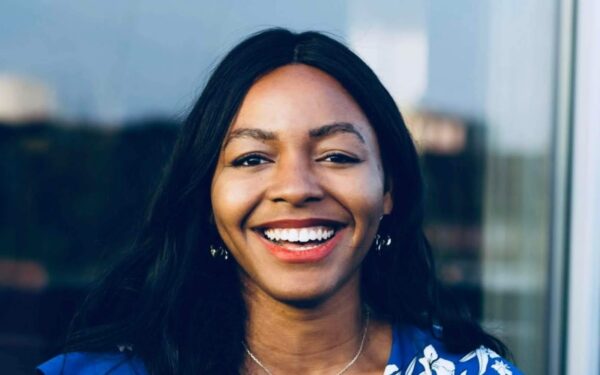 Onubogu (above) added: “We are so excited for this! While the specifics of our respective career paths have been quite different, the unifying theme has been a commitment to ‘lead meaningful change’.

“When you grow up as we have you cannot escape a sense of responsibility. To be aware that the system around you was built to your disadvantage, and to understand that you’ve escaped a worse fate thanks to the hard work of activists and leaders who came before, instils a strong need to continue that work.

“We’re so delighted to have an opportunity to focus our energy on addressing inclusion and ethics in the venture capital Industry. By uniting the cause, we care most passionately about with the industry that has the greatest potential to facilitate change, we hope to create long-lasting impact at scale.”

Over the last six years, Diversity VC has established itself as the go-to organisation for data, resources, education and much needed lobbying in service of improving DE&I in venture capital.

This new inflection point comes in a period of success for Diversity VC. Over 50 firms have been assessed, or are awaiting assessment, for The Standard in across both Europe and The USA, with 32 achieving certification so far.

Future VC, Diversity VC’s internship programme, is launching in the USA this year.

Earlier in 2021, Diversity VC partnered with Cornerstone to release a report into black and minority founders in UK VC; and with Rate My Investor to release original research into VC in The USA; and with Crowdcube and Frontline to release an industry guide into parental leave.