“You know, you people in suits usually stay dead. As you survived, I can tell you there’s nothing wrong with you – you just died because you worked too much.”

As far as advice goes, it doesn’t get much starker than that delivered to Dr David Plans in a Belgian ambulance.

Scientist Dr Plans, who was overseeing an unsuccessful business merger at the time, was running for an aeroplane in Brussels Airport when he suffered a cardiac arrest. “It felt like an elephant sitting on my chest, and then I passed out,” he recounts to BusinessCloud of that moment back in 2003. “I woke up briefly and it felt like I’d been hit by something enormous, like a train, perhaps: massive pressure, all at once.

“I remember being in an ambulance and lots of shouting. I flatlined in the ambulance. They brought me back, but the nurse who woke me up let me know that there was nothing wrong with me – I had simply died of overwork and exhaustion and starvation.”

It was another decade before Dr Plans would found BioBeats, a digital health start-up aiming to help identify the warning signs in others. However the journey began right then and there as the artificial intelligence expert sought reasons for his collapse.

“I didn’t believe that I could just die like that, running for an aeroplane, as young as I was,” he explains. “I didn’t make serious changes to my lifestyle and my behaviour until years later because I was convinced that there must be something wrong with me.

“The more I studied, the more I figured that there was nothing inherently wrong – so I was convinced that I had some rare neurological disease. But it turned out that the nurse was absolutely right: there was no illness or disorder. There is absolutely nothing wrong with me.”

Exploring the phenomenon of ‘overwork death’, Dr Plans found that the Japanese have a word for it: karoshi. “It quite literally means death by overwork and starvation. What primarily happens is people forget: they get so stressed out that they forget to eat and drink; to take care of themselves; they sleep badly; and this all leads to a cycle of anxiety and depression which can then lead to death.

“Being busy can kill you if it is never managed against the needs of your body. Your mind loves to be busy and it will prioritise it, no matter what your body says, because it wants to be entertained and engage with everything. Your body, on the other hand, has different needs. And some of those are really basic, like eating and getting hydrated, but some are really complex emotional needs like touch and safety.

“So beyond a certain level of stress, there are things that the body needs that just simply don’t get resolved and the more unresolved they become, the more out of touch you become with your body.

“I wanted to build a system that could detect the sort of mental disorder which might lead to this sort of death and warn people that this is happening.”

The contradiction of building a start-up to help people find balance in their lives is not lost on Dr Plans. “Things were odd after [I figured all this out]: I had a weird perception of what being alive meant and I also had a weird perception of what caring for oneself, caring for others, means. I just wanted to deal with it as a scientist. And it wasn’t until years later that I dealt with it as a human being.

“You know how doctors smoke and cobblers’ children have no shoes? The last thing you want to do if you really want to have a stress-free life is to run a start-up! There’s a confluence of interest: you want to build a platform to have an impact in society and at the same time, you have competing interests, such as those of your investors and those of your family.

“So you end up potentially working 20-hour days even when you’re designing a platform that literally warns people that they shouldn’t do that.” 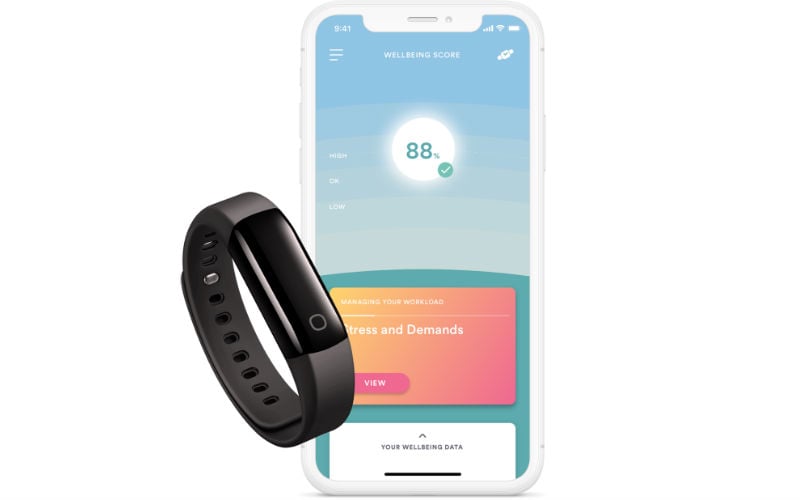 The London-headquartered firm has developed a wearable device to collect biometric data – such as sleep cycles, heart rate and physical activity – alongside psychological and neurological data, psychometric tests and questionnaires. This is connected with an app, BioBase, which allows users to keep track of their mental and physical health and make suggestions on how they can improve wellbeing – or even refer them to therapy.

It is working with businesses such as JP Morgan and KPMG while late last year it launched a pilot programme with WPP Health Practice which is available to staff in its London, Milan and Sydney offices. All data sent to a company is aggregated and anonymised to flag up trends rather than individual reports.

“Most people don’t have very much control over their jobs so we help them start to cope with stress better and to organise and optimise for it,” says Dr Plans.

“It could be to take more exercise, get better sleep – or advice which is more complex than that.”

Several seed rounds amounting to more than $6 million investment have built the business over the last five years. Describing himself as an “accidental CEO”, Dr Plans returned to the top leadership role in 2018 having appointed someone with “more industry experience” for a brief 10-month period.

“We found somebody awesome and he left us in a much better place than when he came in,” he says. “I learned a great deal from him, watching how processes are put in place and how teams are built – anything from hiring to training and HR practice.

“But there comes a point where, if what you’re building doesn’t exist in the world, especially as it’s very complex, it’s very unlikely other people are going to understand it as well as you do.

“It’s been just like building a house: it took twice as long and twice as much money to build it as I thought it would. It takes two years to integrate anything into the insurance industry [while] human beings are a bunch of chaotic animals – you think you have an idea of what they’ll do but they’ll do something entirely different, so you have to go back to the drawing board!

“It’s really quite enlightening and impossible to predict.” 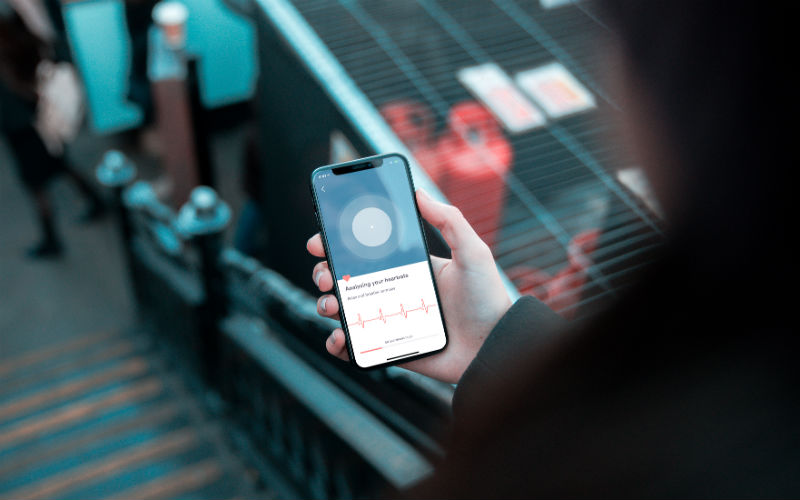 The company employs more than 20 staff at bases in the UK and San Francisco and is targeting £1.6 million in annual recurring revenue by summer 2020.

“Ultimately, the market is largest in the US,” says Dr Plans. “The kind of thing we do, engaging with corporate and insurance companies, is ubiquitous over there, whereas here only larger corporations have private medical insurance and most people rely on the NHS.

“However the UK is the most fertile market for experimentation in the world, so it made sense to build here and to be headquartered here.”