Tripledot Studios, based in London and Minsk, was founded in 2017 and has rapidly scaled to strong profitability, reaching more than $100m revenue run-rate as of the beginning of 2021.

With an active user base of 11m people, up from 6m only six months ago, it has tripled its employee base in the last 12 months to over 90 employees and has been valued at close to $500m by the Series A investment.

Eldridge, Access Industries and Lightspeed Venture Partners participated in the round.

Tripledot has a diverse portfolio of titles such as Solitaire, Woodoku and Blackjack, which remain popular far beyond the traditional mobile app lifespan. The company says it also has several innovative titles in production, which are due to be released later this year. 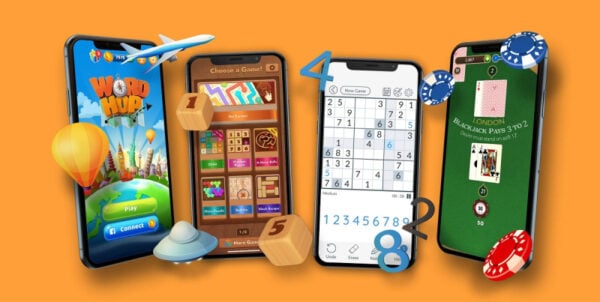 “This funding round is a major milestone for us. It’s a privilege to partner with leading investors who share our long-term focus and vision to create a truly great business,” said CEO Lior Shiff.

“We will continue building brilliant games ourselves and are excited to rollout the next generation of Tripledot titles later this year.

“At the same time, the funding round will allow us to accelerate our growth by acquiring studios that can benefit from our expertise.”

Hailing from household names such as Facebook, King, Peak Games and Product Madness – which was founded by Shiff – Tripledot Studios says it has been built with people and data at the heart of the company.

COO Akin Babayigit added: “We want to build the Apollo program of mobile gaming by bringing together the best people in the industry and collectively build the best environment in which to make games.

“Our offices in London and Minsk allow us to tap into some of the top pools of gaming talent in the world. This talent and the culture we build around it is our biggest asset.”

Tripledot CPO Eyal Chameides commented: “Gaming has a reputation as a ‘hit-driven industry’. We think this is a misnomer; it actually is a data-driven industry.

“Data is at the heart of everything we do, with our focus on user acquisition, monetization, product management and data science.

“People are very surprised at our ability to scale evergreen products like Solitaire, and this is entirely due to our relentless focus on building a data-driven company.”

Eldridge Chairman and CEO Todd Boehly said: “Mobile gaming has huge potential for growth and the Tripledot team has taken a thoughtful and ambitious approach to scaling the company.

“We look forward to leveraging Eldridge’s gaming and eSports network to support Tripledot as they continue to grow and develop new games for all types of players.”