Meet the AI that cares – and keeps people out of hospital

If you’ve ever witnessed the waning health of an elderly loved one, you may also have seen in them a grim determination to remain at home.

My own grandmother, who passed away last year, spent her final years bedridden in the living room. When nurses and carers visited they would ask about the pictures of her husband, their children, grandchildren and great grandchildren.

She took great pleasure in recounting stories, and hearing theirs in return. Being in her own home preserved her independence and kept her spark alive.

Grandma was adamant that she wouldn’t return to hospital – even if her life depended on it. Her resolve was mostly successful. Yet in this time before coronavirus, the NHS creaked under a weight of hospital admissions for sometimes routine reasons.

Many of these were preventable, says Dr Ben Maruthappu MBE, a former A&E practitioner who also had experience of having to organise care for a loved one. “I saw first-hand that older patients would come into a hospital because they weren’t receiving the care they needed in their own home. They’d get unwell in a preventable way, for example if they had chest infections on a repeated basis,” he tells BusinessCloud.

“Most traditional agencies run off pen, paper, whiteboards and snail mail. And if you’re organising care for, let’s say, your grandmother, you know when a carer is arriving, when they’re leaving – and you’ve got very little information on what’s happening. It makes it very difficult to coordinate care.

“Carers are also not well-paid in the sector, and that’s partly because these companies and agencies are very inefficient, so they have to take much larger margins.

“I want to build a company that provides great care services by using technology to improve the experience of carers and users – while improving the scalability and the efficiencies of home care so that we can be more affordable while also investing more in our staff.” 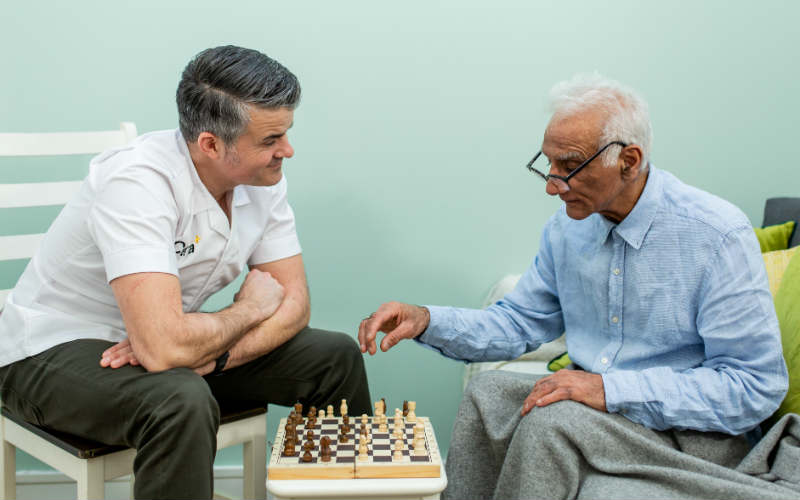 Dr Maruthappu and launched Cera Care with Marek Sacha in 2016 and it has quickly grown into one of the largest care companies in the country. Following the £30m+ acquisition of the Mears Group’s care business – one of the companies which delivered care to my grandmother – it was delivering 10,000 visits a day before COVID-19 hit and holds 50 public sector contracts, including the NHS.

The London firm’s SmartCare algorithms can predict health deteriorations among the elderly population with 83 per cent accuracy, helping keep them in their homes for longer. It claims its Dynamic Tasks platform – a ‘Google Maps for care’ which uses AI to recommend actions to carers – works with 93 per cent accuracy.

It may be the first company globally to use AI at scale in social care. 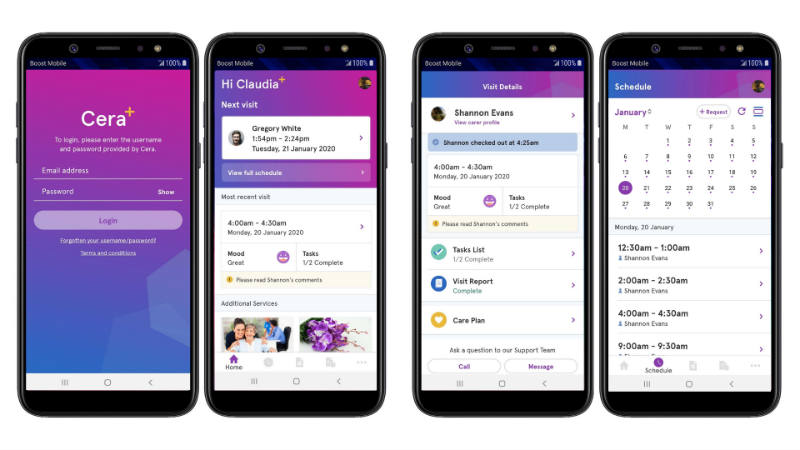 “We are collecting and analysing the data from care visits to predict if someone is at high risk of deteriorating,” the entrepreneur explains. “A lot of older people have long-term health conditions and these can vary on a week-by-week or month-by-month basis.

“There will be subtle signs allowing you to identify if someone is getting worse: maybe they’ll be a bit more drowsy, not be eating or drinking as much, going to the bathroom more often.

“Our systems are able to analyse these subtle changes and convert them into a risk [assessment] of someone becoming unwell. This allows us to escalate care earlier on. It’s really helpful to be on the front foot and nip issues in the bud.”

Office staff can see the collected data on a risk dashboard and are immediately able to act on it, whether that means contacting a relative, their GP or 111. The software also helps match appropriate care workers to the person, based on their characteristics and experience, while Cera has partnered with IBM to test the use of sensors in the home to detect changes in care needs when carers are not present. 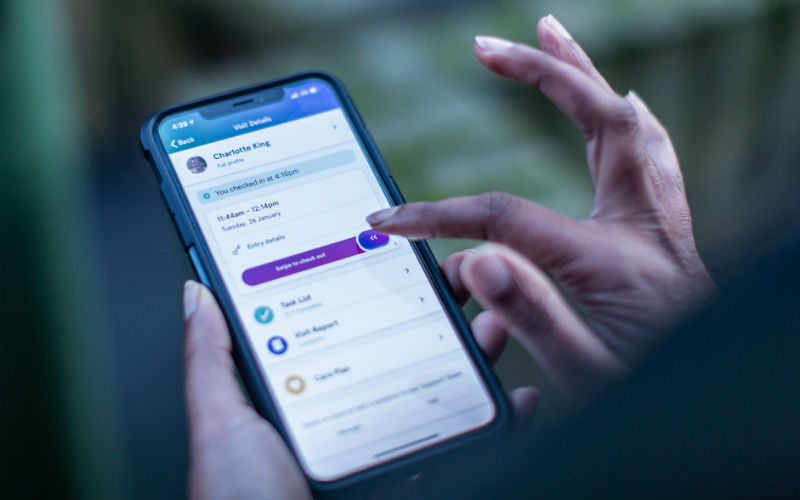 The Mears deal, which grew Cera’s revenues to more than £30m overnight, followed £54m in fresh investment earmarked for driving a series of acquisitions. “We were looking at a number of targets but we thought this acquisition would allow us to get a real national footprint across the UK,” says Dr Maruthappu.

“We thought that our technology and our model of care could really make an impact into what was a traditional care provider – and better empower and support carers on the frontline. Fundamentally, it’s about freeing up staff so they can focus more on caring than on paperwork.”

In the early days Dr Maruthappu would perform tasks such as proofreading Cera’s website as the founding team got things up and running. As Cera scaled he had to become more of a leader and call upon the experiences of a string of high-profile advisors, including former Standard Chartered Bank CEO Peter Sands.

“It’s been an amazing journey. There’s only one of me and we have 2,000 employees in this business, so building a system and culture where people can really succeed is so important – that’s definitely something I’ve learned along the way,” he says.

“Peter is one of our earliest investors and he’s really been a great mentor to me in establishing and growing Cera, as someone who understands both the health side and the impact we’re trying to make – but also the financial component too.”

Such has been Cera’s impact that Dr Maruthappu was recognised for his services to health and social care technology in the 2020 New Year Honours list. “It was amazing and humbling to receive an MBE. It wasn’t something I expected,” he reflects. “My mother was very happy – and I’m delighted as well!

“It’s a great form of recognition for the team at Cera, who I think have worked tirelessly to bring about a new model of are and looking after people in this country.”

Companies such as Cera are more important than ever in keeping vulnerable people away from hospitals and safe during the COVID-19 pandemic. “Coronavirus caught many parts of this country and other countries off guard,” says Dr Maruthappu. “There are many more people who need care at home, as either they are discharged from hospital or to keep them well in their home.

“We saw it as a chance for us to step up and for social care to have an even more important role in people’s lives, helping them to live well and independently during these challenging times.”

The firm created 10,000 roles as the pandemic took hold and offered to retrain airline staff made redundant or furloughed as a result of lockdown as care workers.

“We saw an increase in the number of people who want to become carers as other parts of society started to dial down,” Dr Maruthappu adds. “People are looking for alternative sources of income, and they’re also looking for a way to help during this really important time for our country.”