Aussie pop queen Kylie Minogue is to join Robbie Williams as a major shareholder in ROXi.

Kylie is the latest high-profile artist to back the music streaming innovator after Williams, Sheryl Crow and Alesha Dixson.

She also joins the company as a ‘ROXi Curator’, sharing her exclusive playlists on the service.

“Music is my life’s great passion and I’m excited to be joining Robbie, Sheryl and the rest of the Curation Team at ROXi,” Kylie said.

“I can’t wait to share my playlists and the music I love with you all on ROXi.”

“She’s the world’s favourite Australian export and has sold more than 80 million albums worldwide, with seven number ones in the UK alone. 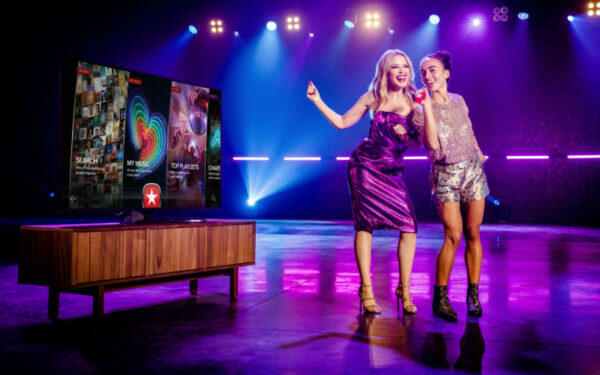 The TV ad features a family living room that is magically transformed by ROXi into a nightclub dance floor, yoga studio, quiz show studio and, with the assistance of Kylie, a packed out concert stadium.

With more than 350 million impacts broadcast between its debut this week and 21st December 2020, ROXi’s ad will run on over 100 TV channels including the whole Sky portfolio; multiple Sky Movies and Sky Sport channels, plus Channel 5, Discovery Network and most music channels.