Is it time to ditch fast fashion?

A shocking experience on her honeymoon inspired Eshita Kabra-Davies to found a business which is looking to shake up the fashion industry.

Kabra-Davies was working in investment management last spring when she and her new husband took the trip which would prompt a massive career shift and ultimately lead to app By Rotation.

“I grew up in Singapore but hadn’t been back to my motherland, India, for many years. My husband – who is English – and I planned a trip there for our honeymoon,” she tells BusinessCloud.

“In Rajasthan, we noticed there was a lot of textile waste. We saw animals, including pigs and even cows – which are sacred to me as a Hindu – feeding on this waste.” 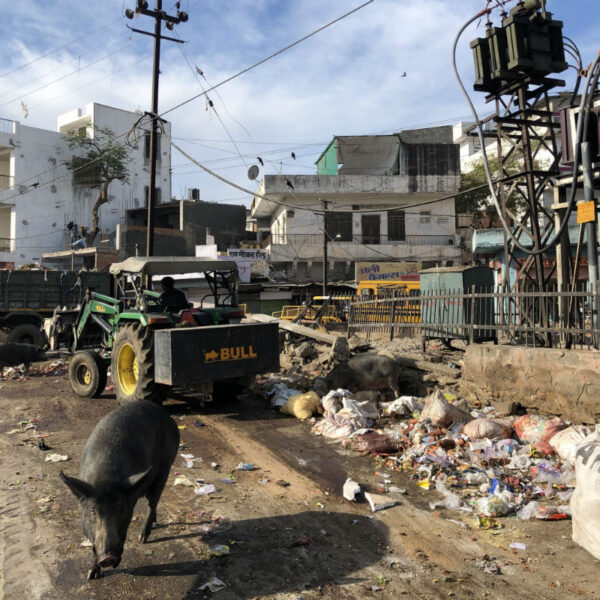 The scene Kabra-Davies describes took place well away from the well-documented landfills of Delhi. It had a lasting impact.

“I felt like I was part of the problem: I had bought several outfits for the honeymoon and wasn’t sure I was going to wear them again,” she admits. “We as consumers are half to blame for how polluting the fashion industry is.”

Kabra-Davies‘ idea was for a fashion rental platform where people could share premium items and recoup some of the purchase cost while helping reduce the number of garments manufactured and consequently the impact upon the environment.

“When I got back, I hosted a Facebook event with my friends to gauge their opinion – and began working on the business from there,” she continues.

“It’s a sort of Airbnb for fashion, allowing people to share the high-quality clothing they have invested in with each other. The aim is to make designer fashion more democratic: instead of buying a Zara dress for £40 and wearing it once, they can rent, say, a Reformation dress for £30 for the weekend.

“I hope we can convince people that you don’t need to turn to fast fashion every time you have a whim or a last-minute event.

“By Rotation would love to obliterate fast fashion – or at least persuade them to improve their supply chain and create products that are more expensive because they are higher quality.

“In doing so, they can help reduce the waste produced by the fashion industry.”

The owner of an item sets the daily rate and minimum rental period, with By Rotation taking 15% of the total fee. After launching late last year, the app already has more than 27,000 users.

Kabra-Davies has taken inspiration from eCommerce platform Etsy, on which independent retailers can sell boutique items such as jewellery, clothing, toys and art.

“After speaking to early investors and Etsy – a platform I completely love – I understand that a marketplace takes a while to build up,” she explains.

“So while I might acquire the 27,000+ users this year – and COVID means there might not be a lot of people renting – they‘ll build up over time.

“Our customers might experiment with using By Rotation once in the first year. They’ll have a good experience then, in the second year, they’ll use it two times or four times.

“We’ll eventually have more and more ‘super–users’ on the platform. We do have a few super–users already; but obviously, it’s something we want to continue increasing. Engagement is everything.”

Kabra-Davies is also keen to educate users on the positive effect they are having on the planet, having launched an Impact Scale within the app on Earth Day in April this year.

“If you can entice people from having good price points, that’s where you can start educating them,” she says.

“When you’re checking out, it tells you the positive savings that you’re making by renting an item rather than buying it. People will then hopefully start looking more and more into sustainability and how they can have an impact.”