As the world continues to evolve, the area of entertainment aimed at video games is the one most likely to attract new consumers

The pandemic has boosted the adoption of virtual reality, and now we are spending more time in virtual spaces for work, creating, socializing, exploring beyond the confines of home, and having fun.

Some have preferred VRchat, Rec Room, AltspaceVR to Zoom and Meet, or they have chosen to travel from their living rooms. Today there is nothing but talk of the Metaverse, which comes from the past for a taste of the future that digitizes current events and will undoubtedly influence future developments in the field.

Within just a year, for example, the Spatial app, which began as a virtual place to work with colleagues remotely, has shifted its focus to social experiences and collaborations with artists interested in selling NFT.

Promising signs for the end of 2022

As the world continues to evolve and the response to the changes that have taken place in the past two years comes from immersive technologies, especially in business-related fields, the area of entertainment aimed at video games is the one most likely to attract new consumers. The year 2021 was the year of VR initiation for new gamers. The past Christmas season saw an increase in the use of standalone visors such as the Quest 2, at least according to Steam hardware surveys. In the absence of official data from hardware and software manufacturers, Steam’s monthly survey offers interesting, if limited, insights because of the very manner in which the survey was taken.

On the software front, 2022 does not want to be stingy with games to try between ports, sequels, and new titles. The name undoubtedly making the most noise is San Andreas VR, which promises to bring the whole Grand Theft Auto experience to the viewers. However, after the Definitive Edition results, we remain cautious with enthusiasm. Among the most anticipated titles currently listed as coming this year, we can point to Cities: VR, the VR adaptation of Cities: Skylines; Moss: Book II, the sequel to the popular puzzle game for PSVR; and the arrival of Hitman 3 for PC VR after its console time exclusivity.

In addition to video games, eSports and online casinos are also having tremendous success in the gaming world. In particular, virtual reality allows gambling enthusiasts to experience gaming in a parallel reality and fully immerse themselves in the game.

A great example would be a platform such as Vegas Slots Online. Here you will notice that online slots are much more convenient than physical ones. It takes a matter of seconds to switch games, and you don’t have to worry about someone monopolizing a particular slot. And, of course, you have the option of playing online slots for free, which offers the advantage of being able to figure out which slots are your favorites easily.

Finally, not only slots, but live casinos, in general, include several games broadcast live from a studio of the manufacturer that developed the specific game and allows players to interact more with other participants and with the dealer or croupier responsible for conducting the game. 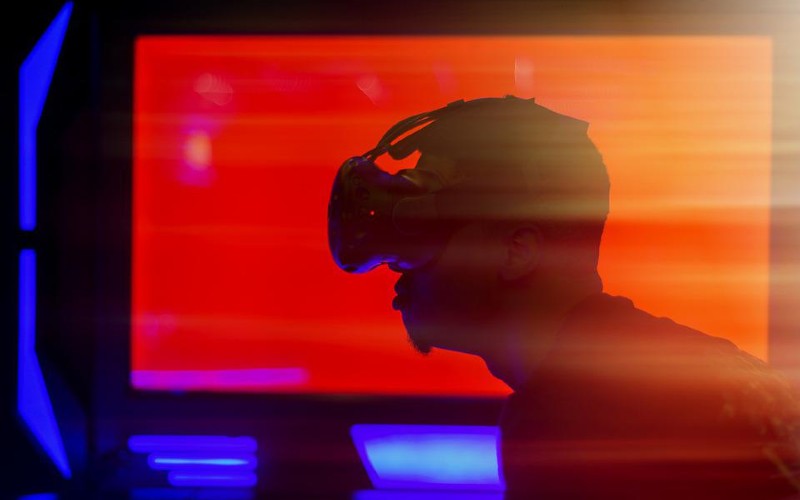 The breakthrough that will make virtual reality mainstream will probably not come in 2022. Compared to initial optimistic predictions, VR is slowing down; instead, the momentum given to the industry by the big tech companies investing in hardware and software will continue to grow in the coming years. In addition, a more extensive install base could make it more attractive for significant development studios to work on bigger-budget VR titles. It is not, however, just a matter of finding the next “killer app” to bring VR out of its niche.

Accessibility to new experiences is also inextricably linked to cost and functionality, which means finding the right balance between ease of use, performance, and an affordable price. There are still many aspects that can be improved, not simply in terms of graphical quality and detail, but especially in terms of usability and design, starting with gestures, motion control, interfaces, and interactions possible in virtual spaces. Once you have tried Virtual Reality, it is tough to think about returning.

The Metaverse will dominate discussions around virtual reality in the coming months. If you want to know more about the topic visit this Wired story.

Also, the success of the Quest 2 will continue to broaden. Still, Meta will not sit idly by and is already at work on Project Cambria, which will preside over the high-end visors and promises greater graphical fidelity and new features at a higher price than the Quest 2. In addition, apple’s entry into the AR/VR hardware scene is increasingly discussed, and a product launch from the Cupertino-based company has been expected for years.

PC VR, at the moment, seems to be experiencing a stalemate, and Valve’s next move is expected, even as the market is fueled by other companies that continue to produce premium visors.

PlayStation has renewed its commitment to VR, given the company’s focus primarily on video games and creating immersive entertainment experiences. Also, gamers will most likely prefer to ride in the post-apocalyptic world of Horizon than in the digital world of the Metaverse.

Is crypto sports betting a must-have or a bubble?

Future of Bitcoin trading in China

Authentic and useful details about Bitcoin trading in the Dominican Republic

How to grab knowledge about profitable BTC trading in Connecticut

Is crypto sports betting a must-have or a bubble?

Future of Bitcoin trading in China

Authentic and useful details about Bitcoin trading in the Dominican Republic

How to grab knowledge about profitable BTC trading in Connecticut