‘I used to be a pro footballer, but now I work in FinTech’

Sophie Flynn has spent much of her life changing perceptions in one way or another.

Watching the Lionesses win the Euro Women’s final on Sunday in front of 87,000 screaming fans at Wembley highlighted how far the sport has come since she played.

Between 2012 and 2016 she made 81 appearances for Blackburn Rovers and recently returned to the club when her business Transact365 agreed to sponsor the training kit.

England’s win on Sunday is tipped to change women’s forever and Flynn hopes that other women will follow her into the world of FinTech.

“Looking at the UK, and in particular FinTech, I am happy to say that initiatives are in place to encourage women to pursue careers in sectors once considered to be male-oriented sectors,” she said. “I like to think my work as co-founder and CFO of Transact365 is a reflection of this.”

Recalling her own career path she said: “When I finished high school, my desire to get involved in business led to me pursuing an apprenticeship as an accountant, instead of taking the traditional university route.

“From there I undertook the relevant qualifications to become a qualified accountant, finally passing my ACA in 2016. This was an important step in my career.

“With the backing of qualifications and industry experience, I began to look beyond the accountancy sector to try and identify the sectors I believe were primed for high growth.

“FinTech was an obvious choice. During my time studying, I witnessed scaling start-ups revolutionise banking for consumers, businesses and investors, resulting in FinTech unicorns who are now household names. What excited me the most was the fact that we were only just scratching the surface of what FinTech has to offer.”

However it could have all be different if she’d continued with her other passion of being a professional footballer.

“It does shock some people when I say FinTech was not my first professional endeavour,” she joked. 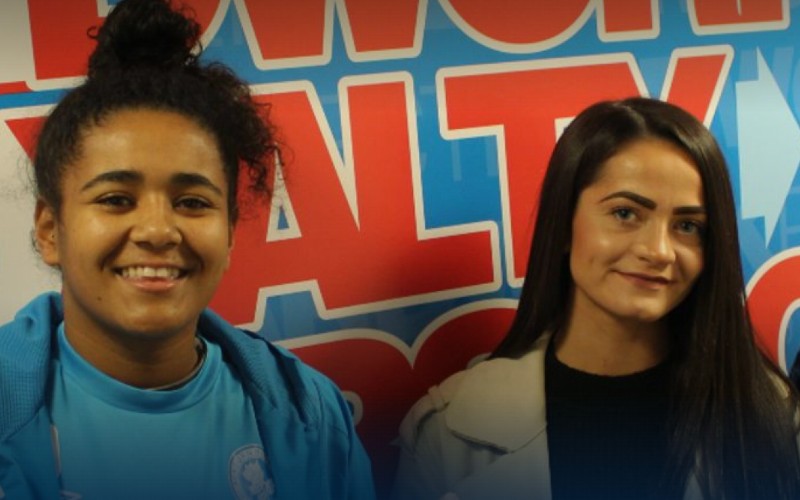 “For 10 years, I was signed to my local football team at Blackburn Rovers as a centre midfielder. Through training and discipline, I was able to learn what dedication and teamwork could achieve. And while I made the decision to take a step back from my football career, it does not underplay the important lessons gained during this time.

“Perceptions of women in football have similarly undergone change. With the recent Euros tournament and England’s performance, it is fantastic to see a new generation of fans backing our national team. I hope that this is only the beginning and that we see more support for women wanting to play professional football.

“I know that as an ex-professional footballer and current FinTech professional, I am an exception to the general norm. However, I also believe that women like me can make this change. In this sense, I am fortunate to be contributing to this broader goal of equality and opportunity for women in FinTech.”

The company recently opened a new office in Singapore and has achieved 300% year-on-year growth.

The tech trailblazer said: “Leaving the product offering to one side, I like to see my experience as a FinTech co-founder as a testament to what other women in the sector can achieve. What’s more, being in a senior position hopefully provides the inspiration needed for more women to pursue a career in FinTech, and even the payments sector.”