Home is where the smart is

Hair straighteners were switched off at 7.28am this morning at Rob Collingridge’s Ipswich home, having been used for three minutes and 40 seconds.

The garage door was opened at 12pm and someone entered the master bedroom at 12.53pm, after the room had been empty for two hours, nine minutes and 11 seconds.

The previous day the shed door was opened at 9.49am, activating a security camera, and earlier that same day a coffee machine was switched on at 8.47am, using 644.5W of electricity.

So says the Twitter feed reporting activity in the smart home Collingridge has built for his family over the past 12 years. The account, @Smartest_Home, was set up to demonstrate the potential for smart home technology, a passion he developed during 30 years working for BT, latterly as an innovation consultant. One of the first four people within BT to work on internet services, he worked on Campus World, the telecoms provider’s first internet service for schools.

Now a smart technology consultant with his own company, Smartisant, his approach is to practise what he preaches.

“At BT I had to do demonstrations to show technologies working and that can be challenging because it’s not a real-life environment,” he tells BusinessCloud. “Because me and my family are living with these smart technologies, we can see real stuff happening in real time, which is much better than lab testing.”

His ethos is that smart tech should be for a purpose rather than being introduced just for the sake of it. “It’s easy to get hung up on ‘gadgety’ tech and the wow factor but the primary aim that’s driving me is that it should improve quality of life,” he says. “For me the smart home is about how we get to the home equivalent of a self-driving car – something that works intelligently around us and makes life simpler. There’s a lot of consumer tech out there but it’s very much about products to sell to people without much thought about it fitting into the bigger picture.” 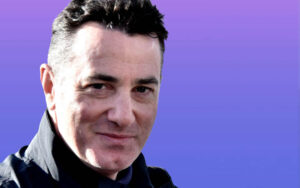 The result of 12 years’ work is that his home is fitted with about 300 sensors, all measuring and monitoring the way the building is used – and it’s a growing body of work. The first smart tech he installed was automated lighting – lights coming on when the sensors say it’s dark and turning off when it becomes lighter – and then thoughts turned to making it more intelligent to factor in room occupancy. “That was when I started to write my own smart home controller because I couldn’t find anything that did what I wanted on the market,” Collingridge says.

What followed were smart functions around the home’s security, heating and energy efficiency, and aspects like water and irrigation. A keen gardener, his conservatory plants are monitored by a smart irrigation system, which ensures they are watered when the soil moisture levels go too low. There are PIR sensors detecting movement in rooms and temperature sensors ensuring the home is kept at the optimum temperature and energy efficient at all times.

“My smart home now sees everything going on and that allows it to make much better decisions, which can be a difficult thing to do if you’re buying bits and pieces from online vendors and having to link it all together,” he says.

In his opinion, the ‘contextual smart home’ – one that sees everything – represents the next generation of smart homes. It knows the state of everything connected to it, such as which appliances and lights are on and which rooms are occupied, collates information from external sources such as current weather, forecasts, sunrise and sunset times, UV levels, pollen count and air quality.

It also knows about the people present within it as Collingridge has enabled the smart home to monitor his IP network so it can see devices coming and going. “If my smart home can see my smartphone connected to the network then it knows I’m home,” he says, adding that sensors in the beds show which bedrooms are occupied. “If the PlayStation is switched on, it knows a particular room is occupied because that device has a fixed location.” When son Ethan was younger, he set up the system to send a message to both of them to warn when he had been in front of the screen for a set amount of time, but now he is older that has been removed.

This is the beauty of the system. Rather than be bombarded with messages about everything, he can set up specific rules so that he is alerted when something unusual happens, for example if a side gate is opened late at night. Similarly, none of the data is stored on the cloud so it doesn’t actually leave the home, safeguarding the privacy of the Collingridge family, which also includes wife Kim and daughter Emma.

His overall aim is to make the current complexity of smart tech more accessible and more passive. For example, he has used wired sensors in many cases to remove the need for constant changing of the batteries and unsightly boxes that come with wireless methods. That’s meant coming up with ways to embed sensors in doors, but ultimately it will result in a more user-friendly system that will be easy to set up for those who aren’t tech-minded.

“There are so many advantages, including the energy you save when you leave a room and the light switches off behind you, but the challenge is choosing the right technology and making it intuitive enough to give the right user experience,” he says. Bathroom extractor fans, generally switched on when a light cord is pulled, are an area of focus and can be controlled by a humidity sensor instead, meaning less unnecessary heat loss. It takes the control away from the user, which Collingridge believes could be useful in rented accommodation to prevent damp and mould problems where tenants haven’t been proactive in ventilating rooms.

This is where his consulting work comes in. Collingridge is working with the likes of housing associations, boutique hotels, charities that deal with people with injuries and construction companies to advise on smart technologies. The issue isn’t always cost – he says he’s spent just £1,500 on hardware in his own home – but on the ease of retrofitting some of these measures, which is why he believes developers should factor in smart tech during the planning stage.

Another side of his business is in coming up with new products, including a wired flood sensor that alerts the resident to a burst pipe and then shuts off the water supply. This was inspired by a friend who was away on a two-week holiday while a loft pipe poured water into their home, ruining ceilings, photo albums and a Porsche in the integrated garage, and necessitated six months of remedial work.

Then there’s his ultimate goal, which is to fund a new-build home designed purely with smart tech in mind. He believes he is 12-18 months away from work starting. “I can only do so much retrospectively in our home so I want to show how much better it would be if you had this stuff in from the start,” he says. “I’m really interested in the green side of it, so I want to generate all the electricity locally so that it’s off grid and the smart home tech will massively improve your footprint on the environment, which is a huge benefit.

“The building industry has a long way to go, at the moment it seems to be smaller companies willing to consider smart tech as a way of differentiating themselves, so hopefully we can help them. I’m trying to make life simpler for people and that’s an easy sell, because everybody just wants life to be simpler.”