A start-up aiming to ‘modernise the spreadsheet’ and move people away from the likes of Microsoft Excel has raised £15 million in further funding.

London-based Causal was founded in 2019 by Taimur Abdaal and Lukas Koebis with the vision of replacing Excel as the de-facto way to work with numbers on a computer.

Once team members have set up their model and connected their data through integrations with the likes of Stripe, QuickBooks and Salesforce, charts and reports can be generated in one click. 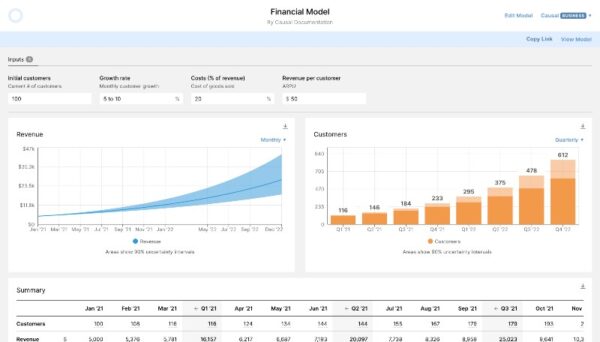 When users are done, Causal lets them share their model in an interactive dashboard where teams can collaborate in order to better understand the models themselves.

“Despite being used every day across the globe, spreadsheets haven’t fundamentally evolved over the past 40 years,” said Taimur Abdaal, co-founder.

“Spreadsheet models are hard to build and maintain, disconnected from the rest of a company’s tech stack, and actively hinder collaboration across teams. We’re building a next-generation tool to solve these problems.”

David Cahn, partner at Coatue, added: “Companies face big problems when it comes to relying on spreadsheets siloed in the finance team. We think Casual has a novel product that’s going to make number-crunching fast, collaborative, and accessible.”