The ‘Zoom boom’ during lockdown has made virtual meetings a fixture of the working week.

Yet does that jolly Golden Gate Bridge background undermine what you are looking to achieve?

HoloMe (since rebranded as Beem) CEO Janosch Amstutz believes so. “If your subconscious feels like something is not right – that it has been doctored, made up or changed in any way, shape or form – it switches off to the experience,” he tells BusinessCloud. “As human beings we have this psychological barrier, a primal defence mechanism, that when we view a human-like object or figure, our subconscious needs to be comfortable with it.

“Even Zoom has gone down this pathway of eroding trust in communications – creating false backgrounds, fake face filters – so you can’t tell what’s real and what’s not more. I’m not sure how long Zoom is going to continue as the business solution of choice if you can’t tell if that person has makeup on or not; or if they are actually in the place where they claim to be. Are they in the office? Or are they on the beach?

“Those things are important when you’re building trust in communication.” 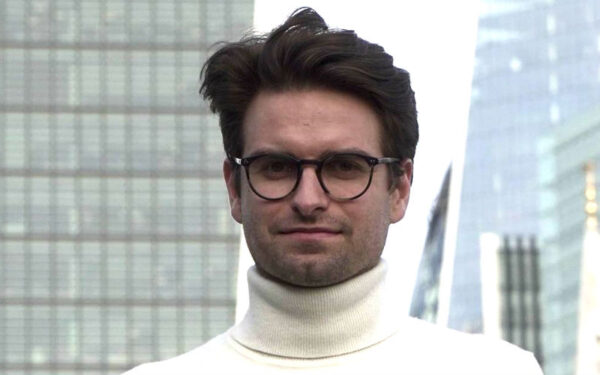 Authenticity is at the essence of what Amstutz and his team are looking to achieve with HoloMe. Winner of BusinessCloud’s London Tech 50 innovation ranking for 2020, the three-year-old company’s technology enables the creation of life-size photorealistic holograms which can then be viewed anywhere through a smartphone or AR-enabled device.

“We are a communications firm first and a tech company second because we consider the psychological aspects of communication [at the outset],” he explains. “The concept is: how do we replicate the physical meeting – a full-body face-to-face – in the digital sphere?

“We want to create a communications method that is as close to normal – or perfect – as possible. We may be the first communications software in the medium of AR and VR that is able to breach the barrier our subconscious puts up.”

If you download the HoloMe app, within moments you can be watching a six-foot Amstutz explaining the firm’s tech in your kitchen or garden. For readers of a certain age, think Rimmer from Red Dwarf minus the H on his forehead.

Today in my garden…

“Your subconscious is comfortable that I exist and that I am really doing and saying what you can see,” he says. “Our experience is the real human: there’s no CGI, there’s no processing.

“Tech has had a bad rap around communication for quite a while, with social media causing psychological issues and problems with self-esteem. It’s often looked at as a net negative for the world. We want to rebuild trust in communication by changing the way that we use the digital sphere to communicate.”

The concept of the ‘uncanny valley’ – a concept first introduced in the 1970s by Japanese professor Masahiro Mori – claims that as robots appear more humanlike, they become more appealing; but only up to a certain point, whereupon a sense of distrust sets in.

Facebook’s Codec Avatars project, which used AI to recreate people’s facial expressions in VR in real-time, may have been a victim of this. Instead of pushing through a virtual world where lifelike virtual avatars socialise, it is rival internal project Horizon, where cartoon avatars without legs interact, which is being given an alpha launch.

“Lack of trust is the issue that Facebook had [with Codec Avatars],” opines Amstutz. “With Horizon, the cartoonish characters are so far detached from being a realistic human that it’s okay again.”

HoloMe has produced virtual catwalks for eCommerce fashion outlet ASOS and enabled H&M models to show off clothes inside people’s homes. The platform has been used to pre-record messaging for the Bill and Melinda Gates Foundation charity and create an AR music video for Warner Music artist Amir. It has even activated human holograms out of print media with Esquire. 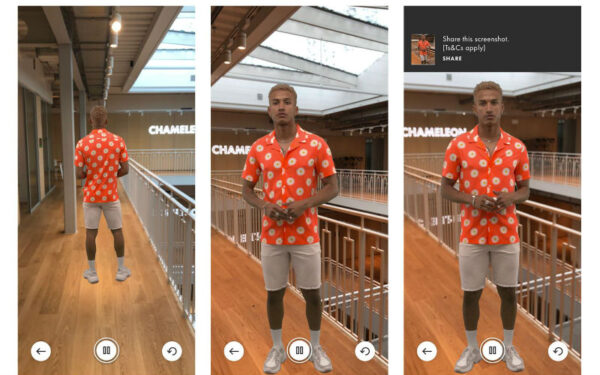 However there is a low barrier to entry as creators do not require access to high-end equipment. “We require just a simple single visual camera: it could be your phone, a studio camera or a tracking webcam,” explains Amstutz. “If you used an iPhone 8 to record me, at the other end you could see the stubble on my chin, the weave on my sweater. The quality is that high.

“Other businesses have gone for very heavy studio environments with hundreds of cameras. Intel uses 500 cameras to create the same experience as we do; they also use 10 terabytes of processing power and five miles of optical fibre cable on their setup.

“We create the same experience, but in a much more scalable way using just a mobile phone.”

HoloMe’s tech slices the human being out of the recorded environment. “The viewer on the other side could be wearing AR glasses or watching through a phone and see you in their environment as if you were physically present.”

The intention is for the B2B and B2C strands of the business to coexist. “We foresee our B2C solution driving a lot of traction into B2B as a lot of brands will say ‘hey, that solution is amazing… how can I get that into my own ecosystem? That’s the way we drive our business model.”

Launching later this year is HoloMe Real-Time, a live broadcast solution for the entertainment industry. “It could be used by a celebrity, musician, politician or educator – anyone with a large audience. It will allow that same intimate connection you get inside a music concert or major conference centre.”

Amstutz spent his childhood in Switzerland and Australia within alternative hippy communities. Describing his upbringing as “very rich but very cash poor”, he says he rebelled by becoming a physical commodities trader. When his mother suddenly passed away, he decided to realign his career with his morals and life goals, embarking upon research into the psychology of virtual communication which would culminate in HoloMe.

The firm has an extended workforce of 20 people and has received “significant” investment. “We chose London to launch HoloMe because it’s the best place to start a tech company in the world – even better than Silicon Valley and New York,” the Swiss says. “It has a mixture of opportunity, talent pool, incentivisation, language and the size of the ecosystem.

“If we had founded in Silicon Valley, the chances of us getting in the door of an Adobe, Cisco, Apple or Microsoft would be infinitely more challenging than it is in London. We would be one of 200 immersive tech companies, whereas we’re one in 10 in London, so the doors open easier.

“We now have a collaboration with Cisco over the next 12 months for a telepresence solution.”