Founders of Calm, MyFitnessPal and Soundcloud invest in HealthTech Humanity

An app which claims to help users slow or even reverse the ageing process has launched in the UK.

Pete Ward and Michael Geer, founders of Humanity, teamed up over two years ago on a mission to create the app, which monitors a person’s biological age and aims to help them stay healthy and disease-free for decades longer.

The founders have also attracted the backing and support of some of the world’s leading scientists onto its Science Advisory Board, including Kristen Fortney, Co-Founder of BioAge, George Church who helped map the Human Genome and a Professor at Harvard Medical School, and Aubrey de Grey, one of the leading lights in the aging science movement and, Chief Science Officer at the SENS Research Foundation, amongst others. 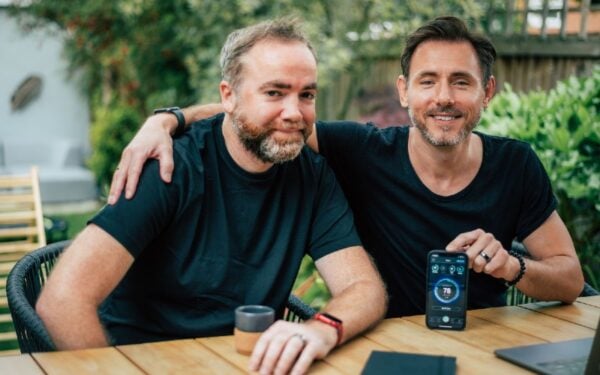 Since launching a beta version of the app last year, Humanity has grown a cult following, with the company claiming the majority of subscribers taking immediate positive health actions after joining and using it daily or weekly to monitor their aging.

Within just a few months, it reached the maximum number of users on TestFlight – Apple’s app testing facility – and has steadily grown a waiting-list of tens of thousands of users.

“Aging remains the leading cause of disease globally, but few people make the connection between aging and their overall health – and most feel ultimately helpless to tackle it,” said Geer.

“Being ‘healthy’ is quite a nebulous term as it is completely personal to each individual. Being able to monitor your aging provides a truly holistic indicator of health, which could help reduce your probability of disease and extend the healthy lives of millions.”

The Humanity app compares users’ data with others similar to them and provides dynamic personalised advice and guidance that encourage more positive actions and ultimately can guide people on the quickest path to better health for longer.

Each positive action increases the users’ Humanity Score (H Score) in the app under one of four key categories – ‘movement’, ‘mind’ ‘recovery’ and ‘nutrition’.

The higher the H Score over a sustained period of time, the increased probability that you will see a slowing or reversal in the aging process over time. 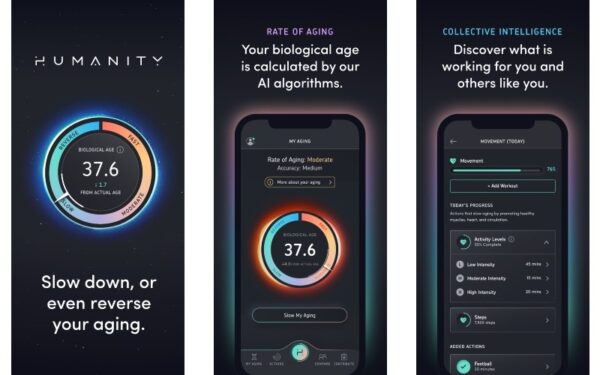 The Humanity app connects with sensors in your smartphone and wearable technology to track key biomarkers such as heart rate, step rate, sleep and activity to uniquely calculate each users’ ‘rate of aging’ and ‘biological age’ based on a series of machine learning algorithms that have been validated against real world outcomes from longitudinal biobanks, including the UK Biobank.

“For years, fitness trackers and smart watches have monitored our calories and step-count to get us moving and increase our exercise, but until now there has been no way of understanding whether these things were actually making them healthier,” said Ward.

“Humanity is solving that problem by building a health navigation system for us all. Our mission is to help users understand exactly what actions are working to slow their aging, so they can live a healthier, longer, more resilient life.”

Humanity is available to download now in the UK and Ireland, and allows you to monitor your rate of aging for free.

A premium subscription service is available that also enables you to continuously monitor your biological age and the actions that are affecting it.

Humanity says it will continue to introduce new updates, as well as launching more specific personalised guidance later in the year.