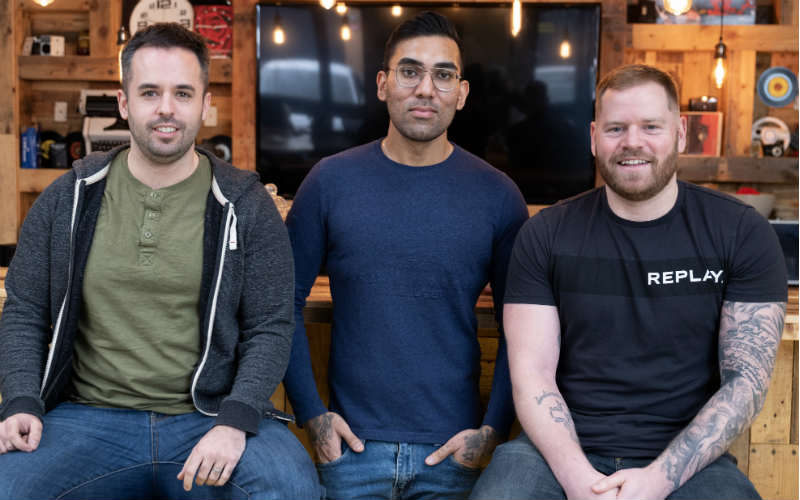 Viddyoze was founded in 2015 by David Chamberlain, Joey Xoto and Jamie Garside.

Its technology allows people to create and use their own video animation in three simple clicks.

Without any external investment the company now has more than 50 staff, 1,600 templates and its technology is used in 250,000 monthly clips worldwide.

Viddyoze’s customer base grew from 80,000 to 163,000 in 2020 and clients range from Tesla, Sony and PwC to personal trainers, nutritionists and kitchen companies.

The Preston-based tech firm has launched a new enterprise solution as it eyes continued growth.

Chamberlain said: “2020 was a record-breaking year and it was a bit surreal to see animations using our technology on TV adverts and social media all over the world. We were growing anyway before 2020 but we managed to capture market share as people used our technology to become video-makers.”

His co-founder Joey Xoto said successful videos were all about ‘edutainment’ – combining education and entertainment.

“Videos have to be educational and entertaining. Successful videos are all about story-telling so you need a good story to tell,” he said.

The majority of Viddyoze’s customers are from the US but their technology is attracting growing interest from the UK and around the world.

The co-founders were included in North West Business Insider’s 42 under 42 in 2020 and they’ve used their increasing profiles to speak out about issues like depression and racism.