The concept of INCISIV was born in 2018 when Cathy Craig, Professor of Experimental Psychology at Ulster University, noticed how sporting organisations were continually looking to measure physical aspects of performance, but were neglecting the mental side of the game. She and her team set about translating 20 years’ world-leading research into solutions to help people perform better.

Their platform uses the power of virtual reality to control what the brain sees and sensors to precisely measure how the brain responds. Their scientifically validated algorithms then quantify a person’s neural fitness – an ability Craig likes to call ‘Action Intelligence’ (AQ). This deep scientific knowledge forms the bedrock of all their products. 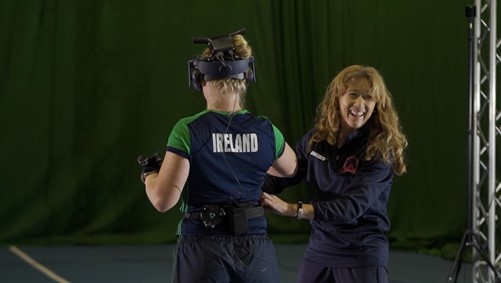 For a goalkeeper, football is a game of anticipation. According to FIFA, midfielders move nearly three times as much as goalkeepers during a match; but when goalkeepers do move, it’s a make-or-break moment.

The financial implications of these moments for clubs are huge, as one bad decision from the goalkeeper can cost an English Premier League team up to £5 million. Until recently, coaches relied on nothing but their own eyes to help goalkeepers refine their skills, but now the world of immersive technology is taking the process forward light years.

INCISIV’s CleanSheet is a first-of-its-kind virtual reality (VR) software program used to analyse goalkeeping performance in real time and improve the way they respond to a variety of match-like situations. Presenting shots from a first-person perspective, VR is the optimal tool to control precisely what the brain sees and measure how a player decides to respond. 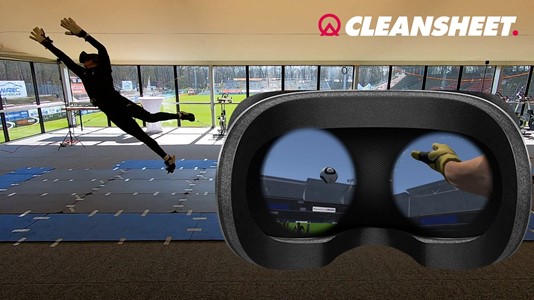 Taking the guesswork out of Head Injury Assessment

Over the past decade no sports injury has been discussed more in the media than concussion. With players getting fitter, faster and stronger in collision sports such as rugby, American football and ice hockey, head on tackles can have the equivalent impact of a 40mph car crash.

The majority of sporting organizations mandate teams to undertake a series of physical and cognitive tests that measure healthy brain function before a sports season starts, known as baseline testing. After a neurological event, such as concussion, the results of these tests can be used as a comparison to help a medical professional make return-to-sport decisions.

However, current pen and paper tests used to take baselines can be highly variable day-to-day and are not granular enough to effectively monitor change over time. With 200 former rugby union players beginning legal action against the game’s governing bodies after claims that they weren’t protected from the risk caused by concussions and head impacts, there is an ever increasing need to help players return to play safely.

INCISIV’s VR-HIT is a series of VR tests built on the principle that no two injuries are exactly the same. Through these fun and easy-to-do tests, VR-HIT collects and analyses movement, a form of biometric data, giving a much deeper understanding of brain function. This movement is captured at unprecedented levels of accuracy (<1mm) providing more detailed markers of brain health that go beyond a score on a piece of paper. 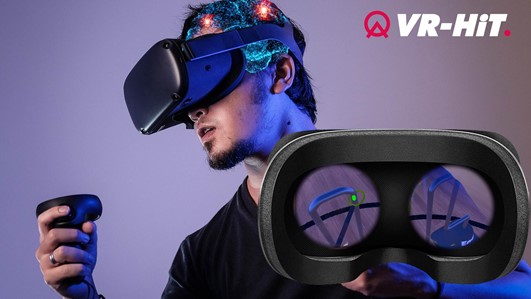 An athlete’s road to recovery can be long, arduous and uncertain. Repeating the same exercises over and over, they lose motivation and frustration sets in. Without any way to know how quickly they are recovering, athletes can easily become disillusioned, slowing recovery.

For any sports organization, the effects of injuries on a team’s performance, success and financial profits are immense. Player absences due to injury cost an English Premier League team an estimated £45 million per season. This leaves teams with a strong economic incentive to invest in technologies that can accelerate recovery and encourage players to follow tailored rehabilitation programs.

INCISIV’s MOViR is a series of fun and engaging VR games where the game scores reflect their movement performance. Instead of just performing repetitive, boring exercises, clients are challenged physically to beat their high score through a series of customisable games. 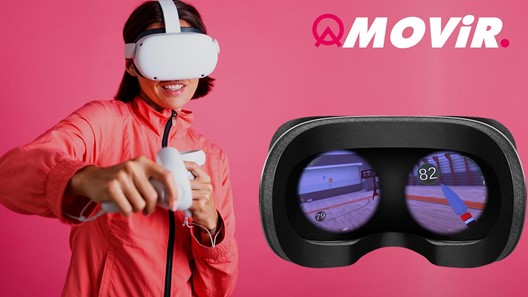