Why did Deliveroo flop on IPO debut? 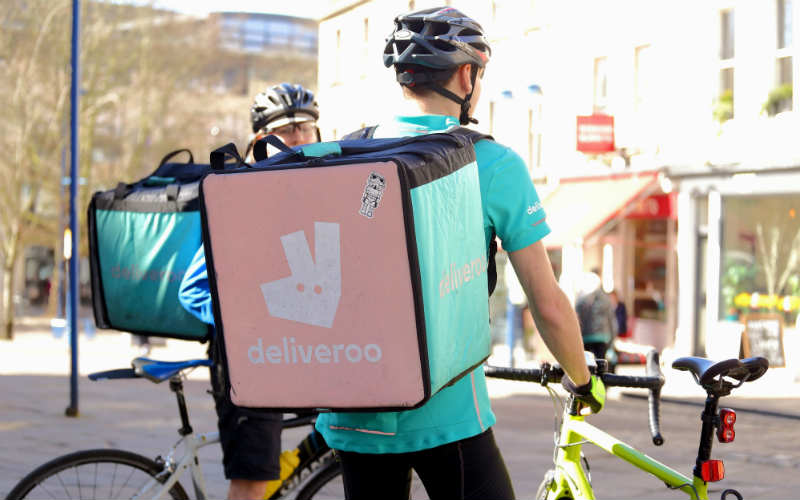 The value of Deliveroo fell dramatically on the opening morning of its IPO debut.

The planned value of the food delivery disrupter’s listing, the largest in London for a decade, was originally set at £8 billion by advisers Goldman Sachs and JPMorgan.

Almost £1bn was shaved off following a backlash in the city, with tech IPO expert Professor John Colley telling BusinessCloud the original valuation “seemed excessive for a business which is still many years from profit”.

Shares were set at 390p each – the bottom end of the price range set by advisers, with Deliveroo acknowledging “volatile” market conditions on Monday – but fell by as much as 31% following debut on Wednesday morning, before ending the first day of trading 26% down at 287p.

That meant almost £2bn was wiped from its opening £7.6bn market capitalisation. However, it also meant the company raised £1.5bn from the float for growth and investors.

According to the FT, Deliveroo’s advisers collected £49m in fees and several million more from Deliveroo’s selling shareholders. In a break from normal practice, they had refused to identify the three ‘anchor investors’ supporting the IPO. The FT also said a sharp rise in ‘short selling’ activity – explained in this Insights piece – may have had an impact.

Describing the debut as the ‘worst IPO in London history’, a person close to the deal told the newspaper: “I really hope that this doesn’t shut down the IPO market [in the city].”

What is clear is that many of the most prominent investors in the UK – Aberdeen Standard, Aviva Investors, BMO Global, charity fund manager CCLA, Legal and General Investment Management and M&G – refused to participate in the IPO, citing poor treatment of delivery workers.

Others fear increasing costs relating to regulation of the gig economy, while founder Will Shu’s decision to have a dual-class share structure – where his shares hold 20-times the voting power of other investors – has also come in for heavy criticism.

Around one-fifth of the company is being sold. The opening week of trading is reserved for institutional investors, with the general public able to participate from 7th April.

Professor Colley, Associate Dean of Warwick Business School, said of the original IPO valuation: “This valuation of Deliveroo seems excessive for a business which is still many years from profit, especially given that some doubt the home takeaway delivery model can become profitable outside of London.

“The sole basis for this valuation appears to be the immense amounts of cash looking for growth technology stocks.

“Bear in mind the recent Supreme Court finding that Uber drivers are ‘workers’ and have certain rights such as paid holidays and pensions. This finding may well apply to takeaway home delivery too, driving up their costs.

“Ultimately Deliveroo will have to charge customers and restaurants far more to make a profit, but that brings its own difficulties. For restaurants, margins are already narrow. And at what price do customers simply decide to collect their own meals?

“Potential investors should also remember that if this listing is under new stock market rules, it may well be accompanied by founder share rights. That means if the company is badly run there is little shareholders can do to change the board.”

BioTech behind COVID-19 tracking to float in London

British finance minister Rishi Sunak had hailed Deliveroo as a “true British tech success story” which could persuade other tech companies to list in London.

Asked by ITV political editor Robert Peston on Wednesday whether he was embarrassed by the debut, he said: “Gosh, no… share prices go up, share prices go down. We should celebrate success in this country.

“You talk about Deliveroo, I think I remember Facebook when it first IPO’d – I think the share price halved over the next few months, and then obviously we all know what happened after that.”

Shu said earlier this week: “We are proud to be listing in London, the city where Deliveroo started.

“Becoming a public company will enable us to continue to invest in innovation, developing new tech tools to support restaurants and grocers, providing riders with more work and extending choice for consumers, bringing them the food they love from more restaurants than ever before.

“This will help us in our mission to become the definitive food company. We have seen a strong start to 2021 and we are only at the start of an exciting journey in a large, fast-growing online food delivery market, with a huge opportunity ahead.”

The tech giant connects 45,000 restaurants in the UK with customers. Highlighting an ‘enormous market opportunity’, it said of the 21 meals the average person eats in a week, less than one goes through an online transaction.