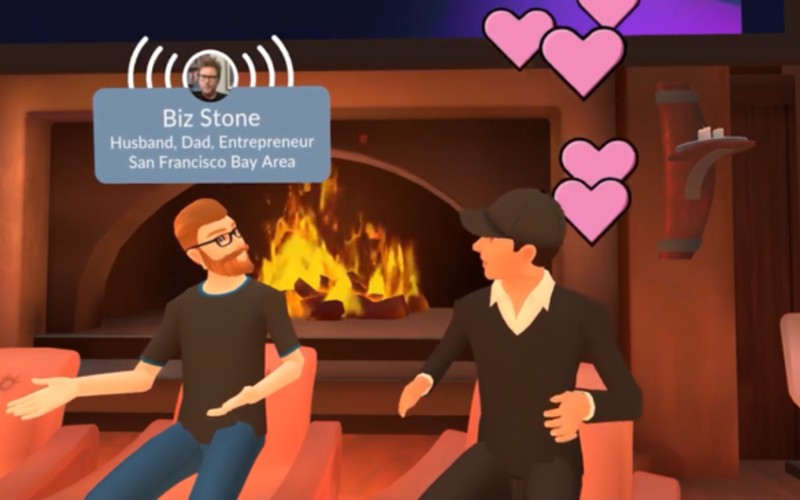 A virtual networking platform has launched with the assistance of Twitter co-founder Biz Stone.

Available on iOS, Android, Mac and Windows, virtual HQ tool Roomkey.co allows digital communities to set up a community lounge for their team or host networking events and virtual meetups.

Organisers can pick between a number of virtual rooms and organise unlimited events for free, inviting as many people as they’d like.

After cloning yourself into an avatar, you can host or join rooms for networking and discussions, meeting others.

Founder Don Stein, a first-time entrepreneur, lauded the contribution of Twitter and Medium founder Stone – who founded Roomkey investor Future Positive with Fred Blackford – over the last six months to get the platform to launch.

“Biz is an All Star within entrepreneurship… he has great access and support in the UK as he’s currently involved with Oxford,” said Stein.

“Biz and I spoke for two hours on the virtual stage over the course of Thursday and Friday, in a public setting within the Roomkey.co app,” continued Stein.

“The feeling of inspiration was just as strong in-person as with his avatar.”

Stein pointed to Stone’s own story as evidence of the importance of networking in business success.

“Biz finds great people, and sticks with them for a long time, and his platforms allow others to do this as well,” he explained.

“All of his companies – Twitter, Medium, Jelly, and even his first one, Xanga – are about helping people share ideas into a pool of collective intelligence. A virtual space where people come together to engage with each others’ ideas, and build bonds.”

He added: “The reason why Biz is so inspiring to myself, and to others, is because we all have that one passion we care about. The thing that we would do regardless of money, yet most of us have financial or psychological reasons why we are not pursuing our passion.

“Even while growing up on welfare, Biz found a way to do what he loves. Part-time, full-time, half-time, or just a little time, any time you can find to work on your passions is time well spent.”

Watch the video below of Stone discussing how, as a nine-year old, he would work mowing lawns to help get his family off welfare – and continued to work various gigs for his whole life.