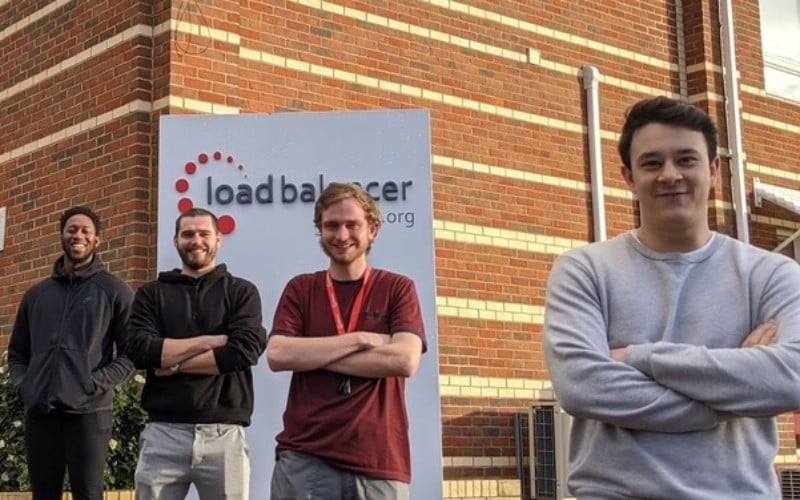 That’s the message from Andrew Wiles, sales director of Pareto Apprenticeships and a number of tech companies during National Apprenticeship Week, which runs until February 14.

Pareto Apprenticeships is part of Pareto Law and later today (Tuesday February 9) they’re holding a webinar entitled ‘The Future of Tech Talent – how apprenticeships may hold the key’.

Wiles said there’s never been a better time to recruit an apprentice because of the funding available from the government or the Apprenticeship Levy, depending on the size of the company.

For smaller companies it means they can get 95 per cent of the training costs of up to 10 apprentices met by the government and will be exempt from making national insurance contributions for candidates aged under 25 when they enrol on to a course.

Additionally employers can benefit from a bonus incentive if the individual was newly hired from August 1 and is onboarded to an apprenticeship programme by March 31.

Loadbalancer.org has just hired four apprentices in Ansu Kaikai, Harrison Rockensuss, Liam Canavan and Kash Cooper on to its IT technical sales programme.

Katherine Bennett, sales director at Loadbalancer.org, said: “Ansu, Kash, Liam and Harrison have really hit the ground running since joining us as graduates on the sales apprenticeship programme in January.

“I knew that Pareto Law had a track record of attracting and developing high-calibre candidates, but their willingness to learn has been exemplary – we’re really proud to be nurturing the next generation of sales leaders.”

Joe Pemberton is the storage & HCI channel specialists manager at Hewlett Packard Enterprise and said apprentices have transformed their business.

“We’ve found apprentices have not only bought us a whole load of energy and enthusiasm to our teams, it’s opened our eyes to the fact that you don’t need a university degree to be considered top talent,” he said.

“We’ve seen people join us not long after leaving education at 18, spending three years absorbing and being emerged in the technology sector and being ready for the next step up whilst their university counterparts are just joining and learning the ropes.

“It goes both ways too; they are showing us a new way of social selling. As they learn their trade from the more traditional sense of ‘success from showing up’, the enforced move to virtual interactions has made a lot of us with years of experience under our belts learning how best to engage in a social selling sense.”

He said: “I believe there’s real value and merit in vocational training for companies that have the team and infrastructure to support it.

“In tech specifically, where there’s need for fresh talent, apprenticeships can provide a faster route into the workplace for both younger people straight out of education or those with experience that wish to retrain.

“There’s really very little downside and it feels like a big push is needed to place apprenticeships on a more equal footing with a university education.”

Andrew Erwich is the head of apprenticeship solutions at QA, which delivers training apprenticeships and tech skills to UK companies or all sizes.

He said: “The depletion of tech skills in the workforce is ultimately born from three critical factors – the speed of emerging tech, organisational need to retain a competitive edge  and a broader misunderstanding of how to use and maintain said tech.

“The only way to overcome this is as with any other kind of shortage, we must replenish the source. Not only that we must keep it topped up indefinitely to create a sustainable pipeline of developing skills in the sector.

“Apprenticeships, because they provide structure to knowledge acquisition and demand practical application over a period of time, do that better than anything else and not just for entry level talent.”