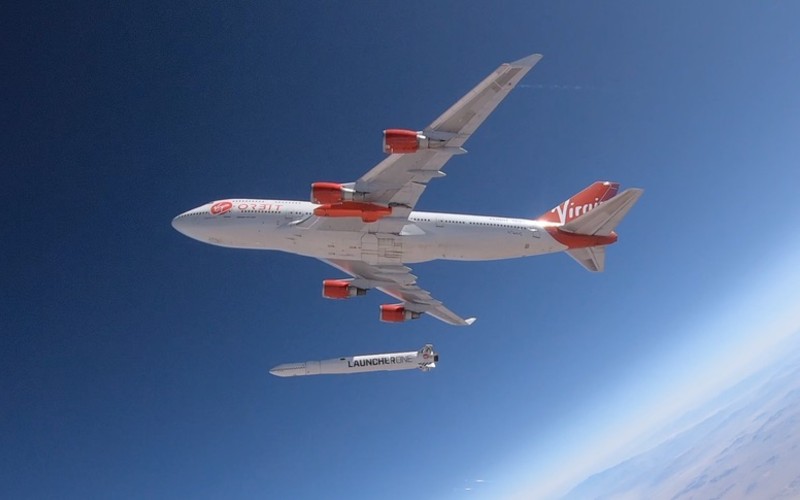 A London company has launched a quantum cybersecurity platform and plans to create 2,000 hi-tech jobs.

Arqit, established in 2017, has exited stealth mode and is to list in New York via a merger with a Special Purpose Acquisition Company which values it at £1 billion.

A faster way of listing a company – involving the creation of a publicly traded blank cheque company created specifically for the purpose of the deal – the deal will raise $400 million which will allow Arqit to build and launch two satellites in 2023 to further its quantum key network.

Arqit’s platform, QuantumCloud, uses transformational innovation in both quantum physics and crypto-mathematics, and has been developed over the course of four years of collaboration with the UK Government, BT and Virgin Orbit.

It is designed to solve current and future threats to the security of internet communications.

Since 2017, Arqit has received significant financial support from the UK Government through various departments and innovation programs.

Arqit will remain operationally headquartered in the UK, and pay UK tax, but its corporate headquarters will be in the Cayman Islands.

“After four years of innovation in stealth mode by a world-leading multi-disciplinary team of scientists and engineers, we are ready to go to market,” said Arqit CEO David Williams.

“This technology is important and we need to take it to hyperscale as quickly as possible, because the problems we solve are problems for everyone.”

Is it time for London to finally welcome SPACs?

It has also announced that BT has entered into a contract to become Arqit’s exclusive reseller in the UK, incorporating its products into its wider portfolio of security solutions.

BT was a foundational research partner for Arqit in 2017, and the companies intend to extend their collaboration to find new ways to develop the UK’s quantum communications infrastructure.

Virgin, which has itself a long history of pioneering in aerospace technology, has invested via its Virgin Orbit subsidiary in the Arqit financing transaction as well as signing contracts to launch the first two Arqit satellites, possibly from Cornwall in the UK, targeted for 2023.

QuantumCloud’s reach is due to be expanded further through the usage of pioneering satellite technology. Currently the symmetric keys used in data encryption are created terrestrially.

However, by 2023 Arqit plans to launch two quantum satellites, which will build on established QKD protocols to extend the capability to both create and transmit a backbone of secure keys to the data centres of Arqit’s customers all over the world.

Kwasi Kwarteng of BEIS SoS said: “Building back better from the pandemic means harnessing the latest developments in science and technology, so we want the UK to be the world’s first quantum- ready economy given its potential to deliver new jobs, skills and knowledge across Britain.

“Our National Quantum Technologies Programme, that is set to pass £1bn of public and private investment over its lifetime, is helping create a world leading quantum ecosystem here in UK, and supporting the commercial success of innovative quantum businesses.”

Howard Watson, Chief Technology Officer of BT, said: “BT has been undertaking pioneering research in quantum security for many years, including working with Arqit on the research and concepts behind their technology.

“This launch is a great example of the innovation and capabilities that are being developed through collaboration across the UK’s technology ecosystem. We are proud to be providing this technology to UK customers, which will bolster our industry-leading security capabilities.”

Dan Hart, President and CEO of Virgin Orbit said: “The Virgin Group has been a long-term investor in space because of the transformational impact it will have on our world.

“At Virgin Orbit, we look for innovative companies to work with, and we are pleased to be Arqit’s satellite launch partner and to invest in its development.

“Arqit’s satellites will enable the company to further distribute its cutting-edge quantum encryption technology, which will drive and protect development across so many key sectors.”