Posted on September 9, 2020 by Alistair Hardaker 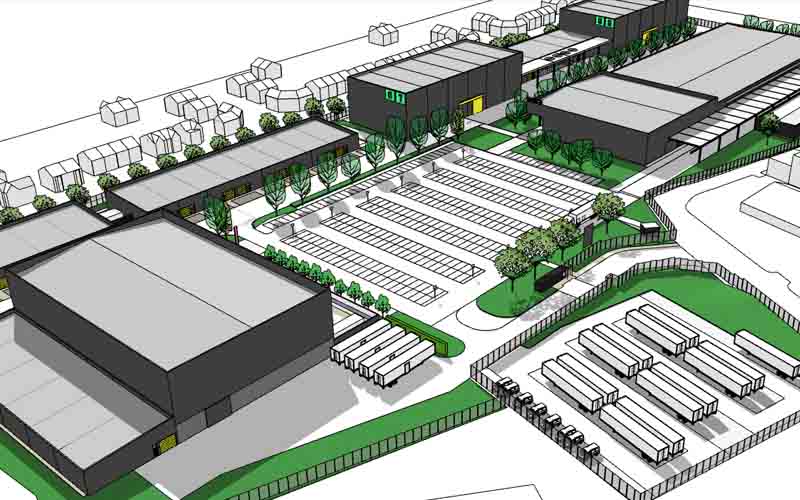 Manchester-based film and TV studio Space Studios has begun work on a second expansion of the West Gorton site which could herald the development of two new 20,000sqft stages with supporting accommodation.

The expansion would increase the overall size of the site to 17 acres, with 105,000 sq ft of stage space across 8 stages.

Space Studios has solidified Manchester’s reputation as a location for TV and Film production and played a key role in Manchester’s economic strategy supporting 270 jobs and £19.5m in GVA.

The location has been host to creation of the multi-award-winning Peaky Blinders and Alex Garland’s critically acclaimed cult hit Devs.

This growth in studio-based production has also been reflected through an increase in on location filming in the city which now sees close to 700 filming days a year and produces an on location spend of around £6.5m.

Space Studios Manchester, with the support of Screen Manchester, has provided the backdrop to dramas including the forthcoming Jared Leto fronted blockbuster ‘Morbius’ which saw the city’s Northern Quarter assume the role of New York.

Initial design work for the proposed new stages is expected to commence in Autumn 2020 with a target date for planning approval of Summer 2021.

Construction could begin as early as Autumn 2021 which would see the new facilities opening in Autumn 2022.

Colin Johnson, MD of Space Studios says: “The UK tax break and the ever-growing need for content from streaming services has meant demand for studio space in the UK has been at an all-time high. Having the studios here in Manchester has meant we can capitalise on that demand and provide jobs and opportunities to local people and businesses. We are really excited to continue to build on that growth and really establish Space Studios as the home for High End TV Drama.”

Sir Richard Leese, Leader of Manchester City Council who has been at the forefront of the creation of Space Studios adds, “Manchester has historically been viewed globally as a hub for creative activity and artistic and technical leadership.  Nowhere is this more apparent than in the world of Film and TV Production.

“Manchester has proven just how much it has to offer to the people who make the entertainment we enjoy and so now we can look at expanding the Space Studios site.  This in turn will offer opportunities for increased economic growth and importantly employment in the sector for the people of the Manchester City region and beyond.”