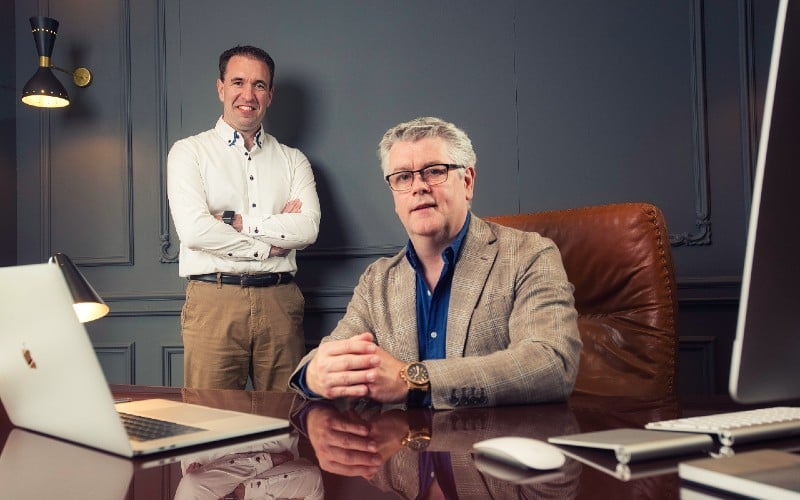 An online platform is disrupting how businesses source and recruit top talent.

PeopleHawk is helping businesses shift their reliance on slow, outdated CV-based recruitment processes, replacing them with data-rich, digital candidate profiles that contain everything an employer needs to make an informed hiring decision.

The brainchild of Paul Kinney and his co-founder Alistair Craig, both of whom have extensive backgrounds in Fortune 100 companies, PeopleHawk says it is becoming a gamechanger for both candidates and businesses, significantly cutting the repetitive, first-round interview process by leveraging scientifically backed, highly predictive algorithms to rank candidates based on potential.

The platform has quickly caught the attention of leading businesses and universities in the UK, North America, South Africa and India.

“Talk to any forward-thinking employer and they’ll tell you that personality strengths and cognitive abilities are at least, if not more important than knowledge, skills and experience.

“You see, businesses increasingly want to hire for personality and potential, because they already know they can train skill. That’s why we designed our platform to unearth each candidate’s potential, while at the same time provide companies direct access to this valuable information.

“And because the platform is digital, and all the insightful candidate data is provided up front hiring decisions are better informed, faster and more cost effective.

“We’ve even developed an interface for hiring managers to set parameters for each job, which can then be used to rank applicants using proprietary algorithms, dramatically cutting the Time to Hire.

“It’s all quite revolutionary.”

PeopleHawk has been validated by scientific studies in the US, under the watchful eye of its lead scientist, Professor Colin Cooper, formerly of Queen’s University Belfast.

Professor Cooper, now based in Toronto, is a world renowned academic in the field of individual differences and intelligence. He was the psychologist behind BBC television series Test the Nation.

He said: “Scientific studies have long evidenced that cognitive abilities and personality traits are some of the best predictors of academic success, future work performance and candidate trainability. This science forms the bedrock of PeopleHawk’s candidate profiles.”

PeopleHawk profiles contain data from 14 of the top 30 most predictive candidate selection methods as standard, data that would otherwise take employers weeks to gather through repeated assessments and interviews. This means that, from an employer’s perspective the predictive power of PeopleHawk is huge.

Kinney concluded: “It’s quite unbelievable that the most successful companies in the world still rely on CVs to kick start one of the most important decisions they make – who to hire.

“But given the lack of available insight on candidate personality and potential it’s no wonder businesses in sectors such as IT and financial services take between 6 and 9 weeks to identify ideal candidates following a job advert.

“Yet, despite spending so much time the frequency of making a wrong hiring decision still remains high.

“We know it might take a while to shift behaviours, but once hiring managers see how PeopleHawk is turning the hiring cycle completely on its head, we’re confident they won’t go back to their old ways of working.”