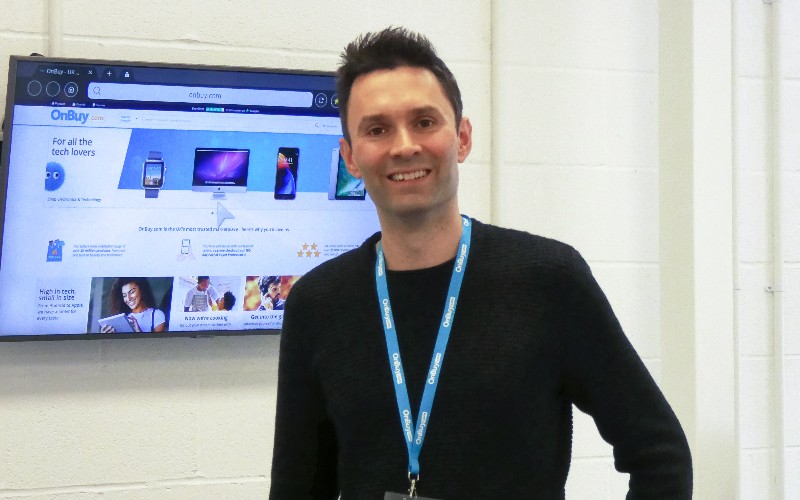 Watts joins the marketplace with 12 years’ experience from roles at Deloitte, WPP Group and most recently, Richmond Group, previously the parent company of Amigo Loans.

With experience across a variety of sectors including technology and digital media, Watts brings expertise of working with fast–growing companies in both emerging and developed markets across 25 countries.

Cas Paton, founder and CEO of OnBuy – which aims to create an ethical eCommerce ecosystem – said: “I’m looking forward to welcoming James to the team. His experience in managing multi-million-pound assets, driving efficiencies, and building and leading financial teams will be invaluable to OnBuy.

“With our growth showing no signs of slowing as we continually achieve over 600% year on year growth, James will be fundamental in OnBuy’s worldwide scale-up over the next three years.”

OnBuy was second on our most recent eCommerce Trailblazers ranking.

Watts commented: “I’m pleased to be joining OnBuy at such a critical moment for its success. With new investment just around the corner and its global expansion well underway, the next few years will be exciting and challenging for the marketplace and I’m looking forward to being a part of the journey.

“Having grown up in the county, working with a Dorset-based business that has huge global opportunity is a definite bonus. Dorset is home to a number of exceptional businesses, and I believe that OnBuy has the ability to put the county on the map worldwide.”

Watts joins the business alongside a series of other C-suite hires, including ex-eBay director Mark Lister as Chief Commercial Officer.

OnBuy, which was founded in November 2016, now employs over 85 people and will be welcoming more team members in the coming months.

These hires come after OnBuy announced its best year so far in 2020, which saw it achieve 605% year to date growth. The marketplace continues to grow and achieved 830% year on year growth in February this year.