Posted on February 3, 2021 by Jonathan Symcox 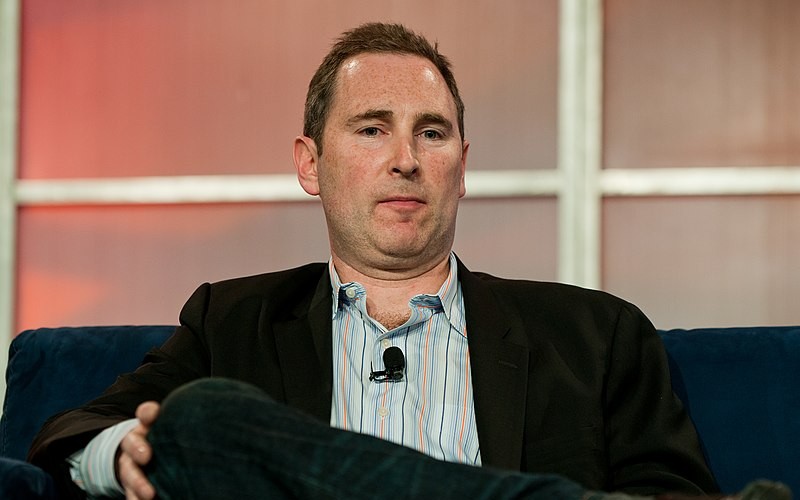 Jeff Bezos will step down as CEO of Amazon this year 26 years after he founded the internet goliath.

When he ‘transitions’ to the role of executive chair in Q3, the world’s second-richest person will be replaced by a man who is already the best-paid employee at the $1.6 trillion company.

Andy Jassy is the CEO of Amazon Web Services, which holds a third of the cloud market – more than the following three Microsoft Azure, Google Cloud and Alibaba Cloud combined.

Jassy founded AWS in 2003 six years after he joined Amazon as marketing manager. In 2020 it generated $13.5 billion in operating profit – almost two-thirds of Amazon’s entire profits – on revenue of $45.3bn.

Upon revealing record results for Q4 2020 across Amazon, its CFO Brian Olsavsky told investors yesterday that AWS is “arguably the most profitable important technical technology company in the world”.

Jassy, 53, has been handsomely rewarded for his success. A minority owner of NHL franchise Seattle Kraken, his estimated net worth in October 2020 was $377 million and he earned more than Bezos and Olsavsky.

Jeff Wilke, CEO of Amazon’s worldwide consumer business, was also thought to be a contender for the CEO role, but it was revealed in 2020 that he will retire this year.

Bezos, 57, says he will have more time to focus on the Bezos Earth Fund, his Blue Origin spaceship company, The Washington Post and the Amazon Day 1 Fund.

“Amazon is what it is because of invention. We do crazy things together and then make them normal,” said the entrepreneur. “We pioneered customer reviews, 1-Click, personalised recommendations, Prime’s insanely-fast shipping, Just Walk Out shopping, the Climate Pledge, Kindle, Alexa, marketplace, infrastructure cloud computing, Career Choice, and much more.

“If you do it right, a few years after a surprising invention, the new thing has become normal. People yawn. That yawn is the greatest compliment an inventor can receive.

“When you look at our financial results, what you’re actually seeing are the long-run cumulative results of invention. Right now I see Amazon at its most inventive ever, making it an optimal time for this transition.”