Global potential of energy firm dreamt up around pool table

Posted on February 2, 2021 by Jonathan Symcox 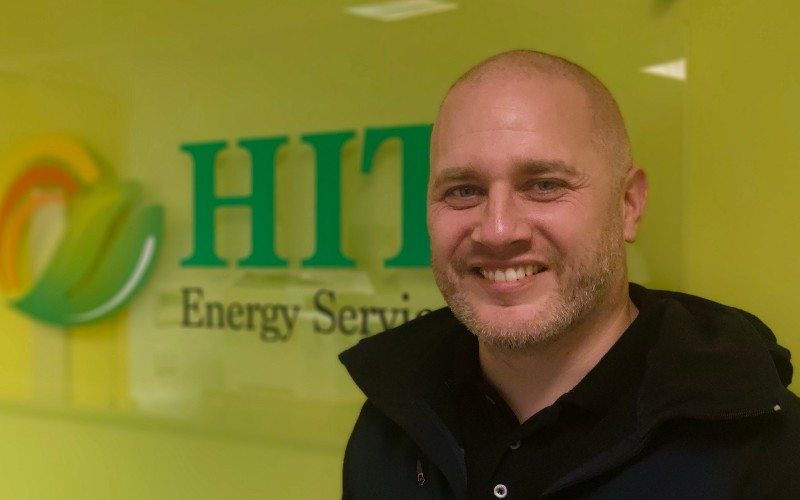 When the government incentivised solar power, there was a rush to embrace the ‘energy of the future’.

Farmers and landowners, eyeing an untapped source of clean and cheap energy, installed solar panels – also known as photovoltaics, or PV – to capture the sun’s energy and convert it into renewable electricity they could use on site and even sell back to the grid.

Yet for some, it would become a source of intense frustration as ageing systems lost their efficiency and perhaps even broke down completely, costing thousands of pounds with seemingly nobody to turn to for help.

It did not escape the notice of a group of engineers who worked in the sector.

“We looked after large utility sites and were getting more and more farmer families, who had spent their own money on assets in fields, on barn roofs and buildings, contacting us saying ‘the installers are no longer around, the kit isn’t working, we’re losing considerable sums… can you help us out, please?’” Simon Hopkins tells BusinessCloud.

“We were talking around the pool table about how the only way to fix this efficiently was through remote monitoring, like the systems we installed and worked with at the large facility sites.

“However, we were frustrated with these platforms and wanted them to produce more details than they were capable of doing. So we said: well, why don’t we build our own platform? We know how to get the communications off a site – we just need a software engineer to code everything up how we like it.

“We built the platform from the ground up.”

That was three years ago – “back when I had hair!” Hopkins jokes – and the start of HIT Energy Services.

Based in Lincoln, its HIT Energy Guard solution calculates the expected output of a solar PV system every hour – taking into account factors such as weather and time of year – compared to the actual output. If the amount of energy produced drops, even for a short time, HIT is notified of the cause and sends an engineer to rectify the problem before it escalates.

At a cost of around a pound a day for the subscription service, it could save users hundreds or even thousands of pounds a year.

“Once they have solar installed, it means that can meet their own electricity needs and sell some back to the grid.

“But if it’s running at 60-70 per cent efficiency, they might not even meet their own needs – and have to draw off the grid.”

The innovation also has global potential, with the ability to connect system owners in the UK and anywhere in the world with access to solar panels and an internet connection.

“The panel can be installed anywhere: it runs on a SIM card,” explains Hopkins. “Provided that you can get a phone connection or an internet connection, it will work. Some of some of the really remote sites that we have run on 2G!

“We’ve built a robust system which can take another thousand connections on it tomorrow if necessary.”

HIT is now working with hundreds of farmers and business owners who have over £16.5 million of assets between them, powering around 3,500 homes. Several big utility companies are also plugging its APIs into their reporting platforms, thanks to the level of detail coming off the sites.

“It’s generating complex technical analysis of the performance,” says Hopkins. “When their engineers are on site, the details have filtered into their tablets already.”

High demand for the technology in Suffolk, Norfolk and Essex led HIT to open a satellite office in Bury St. Edmunds, while it recently opened a further base in Worcester. There are also plans to launch in Taunton to look after business in Devon, Cornwall and into South Wales, with European expansion following.

The company, seventh on our Midlands Tech 50 innovation ranking last year, has also moved its HQ into Lincoln University to further develop its hardware.

“We’ve won numerous tech and innovation awards – and we’re just a bunch of lads that knew what was needed and put in a lot of hard work,” Hopkins says.

“You do have some dark days where, you know, it’s tough. It takes grit and determination. But when you get through it, and the platform is 100 per cent yours… I’m very, very happy that way.

“When we spoke about it around the pool table, we had two or three sites to put on to the platform; we’ve got over 150 now within three years.”