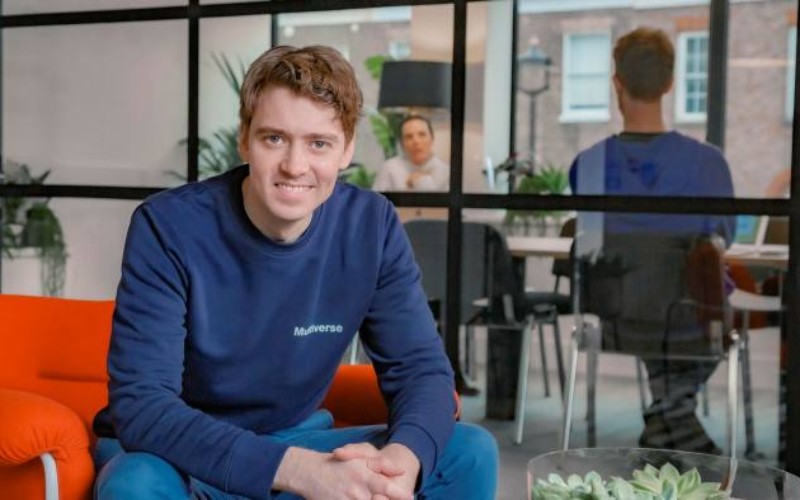 The tech company founded by Tony Blair’s son Euan and Sophie Adelman has raised £32 million as it plans imminent expansion into the US.

The investment into WhiteHat, billed as an alternative to university, is the largest closed by any UK EdTech.

The Series B round was led by General Catalyst and included GV (Google Ventures), Audacious Ventures, Latitude and SemperVirens, Index Ventures and Lightspeed Venture Partners.

It has also attracted angel investors like Anne Wojcicki, the CEO of 23andMe, and Jeremy Darroch, executive chairman at Sky. WhiteHat raised more than £12m in a previous round last year.

The company will be known as Multiverse as it launches in New York this month and plans further expansion in the US.

In 2020, despite COVID-19, the firm tripled the number of apprentices it trains.

“For too long there’s been a belief that university, supplemented by sporadic corporate training, is the only route to success,” said CEO Blair.

“This model is fundamentally broken – too often failing to give people the skills they need and not spreading opportunity fairly across society.

“There are many different ways for people to be successful and we’re empowering people from diverse communities to access the very best opportunities through apprenticeships as they embark on a successful and fulfilling career.”

Adelman told BusinessCloud in 2018: “The value of a university degree for many jobs has gone down and there needs to be a one-size-fits-all approach to further and higher education.

“If I’d had the option when I was 18 of doing digital marketing at Google, would I have leapt at that chance? Yes, absolutely. Do I regret going to university? No, but I wish I’d had that choice.”

Last year, Adelman revealed on LinkedIn that she had stepped back from an operating role as president at the company and into an advisory role as a board member.

Jeremy Duggan, who has previously taken three SaaS companies – AppDynamics, BladeLogic and Ascential Software – to unicorn status has now been appointed as president and a board member.

He said: “I joined Multiverse because the real joy of building a successful business comes from transforming the careers of the people you hire through consistent development and an inspiring culture.

“At Multiverse, we have the goal to not only do that, but also to help thousands of talented people to transform their lives professionally, and in doing so help to transform the businesses of our clients.

“More than any other tech company today, Multiverse is driving incredible growth and scale, but in a way that also delivers real value to society by generating wonderful opportunities for a new and diverse generation.”