Dynamic ads targeting pivotal moments could be coming to football

Posted on September 15, 2020 by Alistair Hardaker 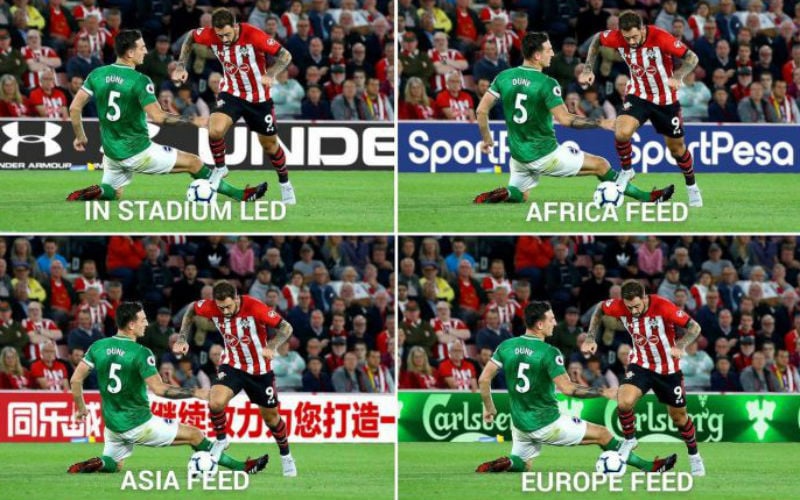 Ads can also be localised for TV viewers

Companies looking to place their ads in existing sports broadcasts, television shows and even gaming streams now have the option to ‘overwrite’ existing ads, thanks to the power of AI.

Newly launched AdTech firm 4D Sight has rolled out its cloud-based platform for sports and e-sports.

The 4D Sight platform automatically places ads into livestreams or pre-recorded videos in real time. The hope is that the technology can unlock new ad capacity for teams, broadcasters and game publishers.

The firm is already working with videogame giant Activision Blizzard, which is using the platform for its upcoming Call of Duty league, and more than 140 e-sports teams.

As COVID-19 has paused some traditional sports, teams including Washington Football Club in the US are using the platform to increase their ad capacity.

The content is streamed to the 4D Sight servers, the ads are inserted and then released back into the stream, all in under 0.4 seconds.

“We are a technology provider for the media rights holder who is capable of deploying our native ad formats. We can overlay existing ads with new ads if that’s their goal.

“We can also localise existing physical ads for different geographies and demographics.”

The firm’s technology can even be used to replace ads and artwork in films and TV shows.

On the subject of which ads are replaced, Ciris says media rights between content creators and distributors are considered case by case.

The technique is separate from the ad integration technology being produced by the likes of Bidstack, which makes deals directly with game developers to display its clients’ ads.

“In-game advertising companies require a game engine integration and they display ads to people who play the game,” says Ciris.

“We display ads to people who watch the gameplay, without affecting the game players’ performance. ”

In game highlights or real-time, 4D Sight’s AI can recognise exciting moments, based on body movements. It then determines when and where to place the ads, directly into the stream of the game.

It says these in-context ads can create revenue where there was no previous monetisation opportunity.

“We empower content creators by offering new revenue streams that won’t jeopardise the audience experience, so they can thrive,” he adds.

“Interruptive ads hurt the content, audience, and brand equity because they are forced and irritating. By placing ads in context, we build trust and long-term loyalty with digital communities.”

The tech also resists ad blockers by encoding ads into the video.

Ciris says the firm, which employs 16 people, is currently focused on a North American market but has plans to make its ad formats an industry standard.

The goal for the tech is to become “a highly native monetisation layer across all live videos”.